If one was tasked to take a snapshot of our time, what would be its substance? An answer could be the myth of limitless economic growth, which has become a global imperative we are forced to live by. Yet the most problematic aspect of this global paradigm is that it does not recognise the importance of scale – the very fact that we live on a planet with finite resources and that the economy can not grow indefinitely without a radical rethink of the current setup. Examples where the effects of theoretical abstractions in mainstream economics become apparent are large scale infrastructural projects across different regions of the world — regardless of the particularities of their political and ideological fundament.

Yujiapu Financial District, for instance, is a large-scale construction and city development project in Tianjin, that aims to become a new centre for global finance and service industries. Yujiapu draws inspiration from Manhattan with regards to city planning, architecture and the iconic skyline. The past years have seen a slowdown of construction activity, some of the sites have become abandoned. When the night falls, the city gets dark and deserted. It is only street lights and LED decoration that illuminate the buildings and the smog that is filling the sky. The colourful haze confuses the white balance algorithms of the camera, pollution is recorded as colour cast. The windows are dark, the buildings seem to be “hibernated”, bearing a resemblance to maquettes. Standing still in a state between idea and functionality the buildings appear to be idiosyncratic products of the cult of growth and development.

This desolate and dark district is surrounded by older, functional parts of the city – a source of an all omnipresent LED lighting. China has been in the forefront of the so-called “lighting revolution” — transforming the world’s conventional lighting technologies to LEDs. Although this transition was supposed to reduce energy consumption, recent satellite data indicate that our planet brightened by 9.1 % between 2012 and 2016. Much research has suggested that night-time light can be used as a proxy for a number of variables, including urbanisation, population density and economic growth. More ambitiously this type of data has been used as a proxy indicator of national, regional and urban Gross Domestic Product.

This drastic brightening of the planet has had profound biological impacts on ecosystems and different species – most notoriously on insects, birds and humans. Photons, absorbed by skin cells, increase the mitochondrial metabolism and promote collagen synthesis. Photobiomodulation has proven to be effective in facilitating wound healing, tissue repair, and skin rejuvenation. Many researchers believe that photobiomodulation treatment for brain disorders will become one of the most important medical applications of light therapy in the coming years and decades.

Despite the fact that light has no physical mass, it carries in itself a materiality with direct effects upon systems of different nature. Its materiality also arises as a carrier of information. The messages of governing bodies striving for eternal economic growth, are imposed on us with light emitted from screens of large scale architectural lighting systems illuminating the skylines of our cities. It is somewhat a paradox that it is the light that becomes the matter which leaves a trace on us, and not the infinitude of images from which it emanates. In it is the ubiquitous blend of information, yet it goes beyond ideological mottoes and semiotics, it is a visceral matter intended to lull our being with illumination.

Istvan Virag (born 1982) lives and works in Oslo. Working interdisciplinary, his artistic practice concerns the social and economic aspects of globalisation, development and mobility – and the impact of these on the personal, private sphere of human life. His latest works explore post-growth theories and interferences between themes such as urban development, architecture, the myth of limitless economic growth and biopolitics. Virag received his BFA from the Academy of Fine Art of the Oslo National Academy of the Arts in 2016.
www.istvanvirag.com 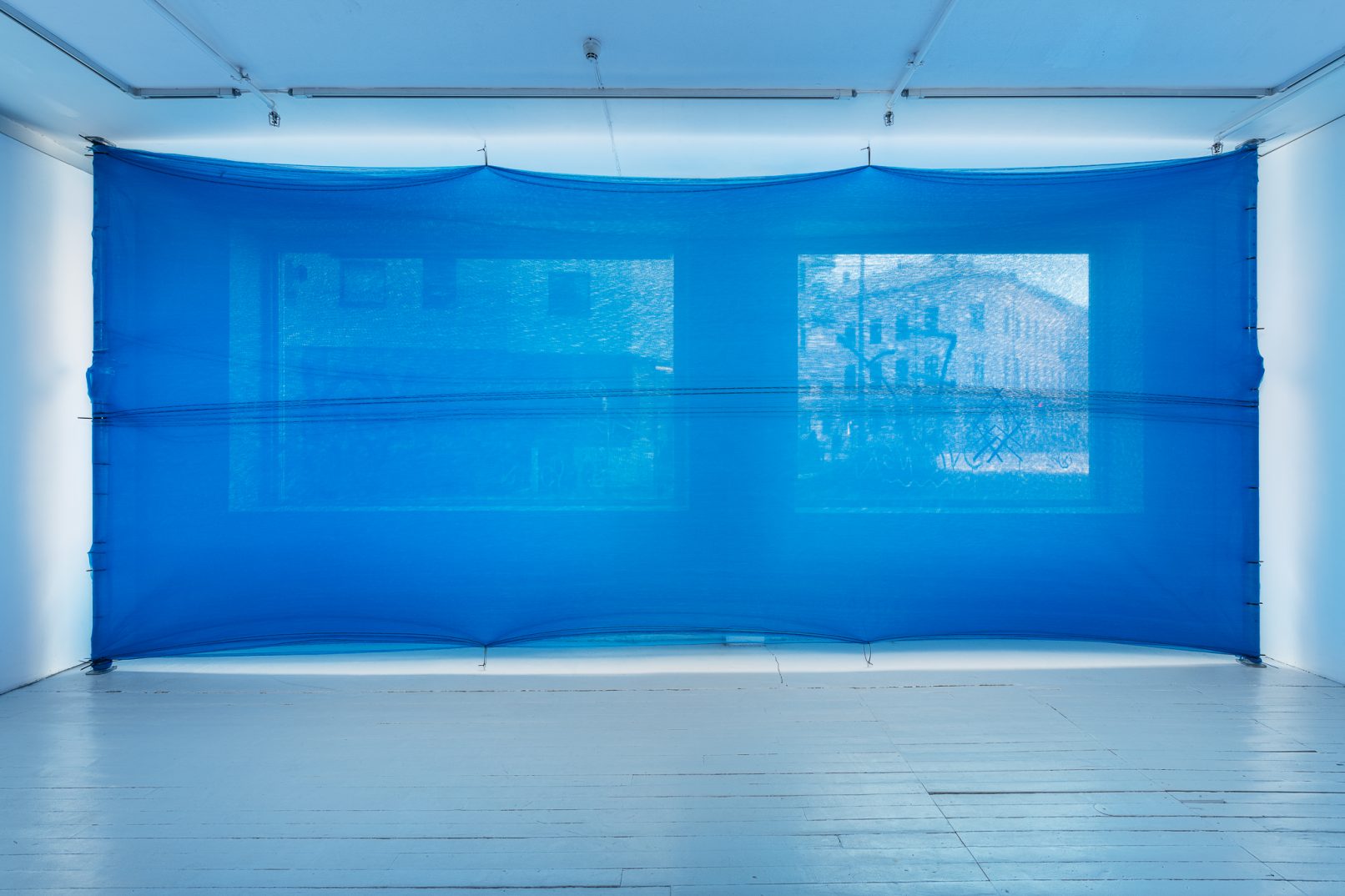 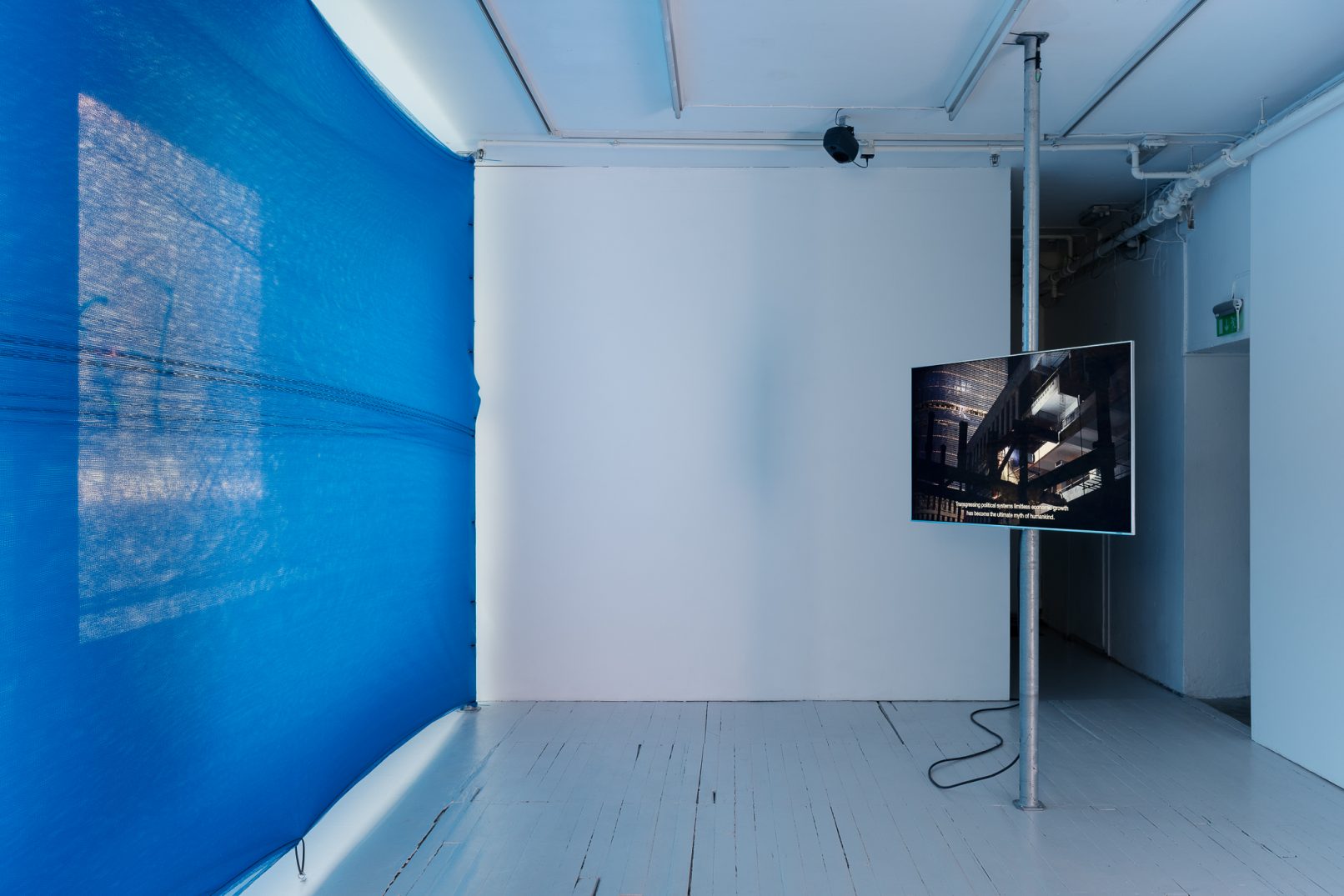 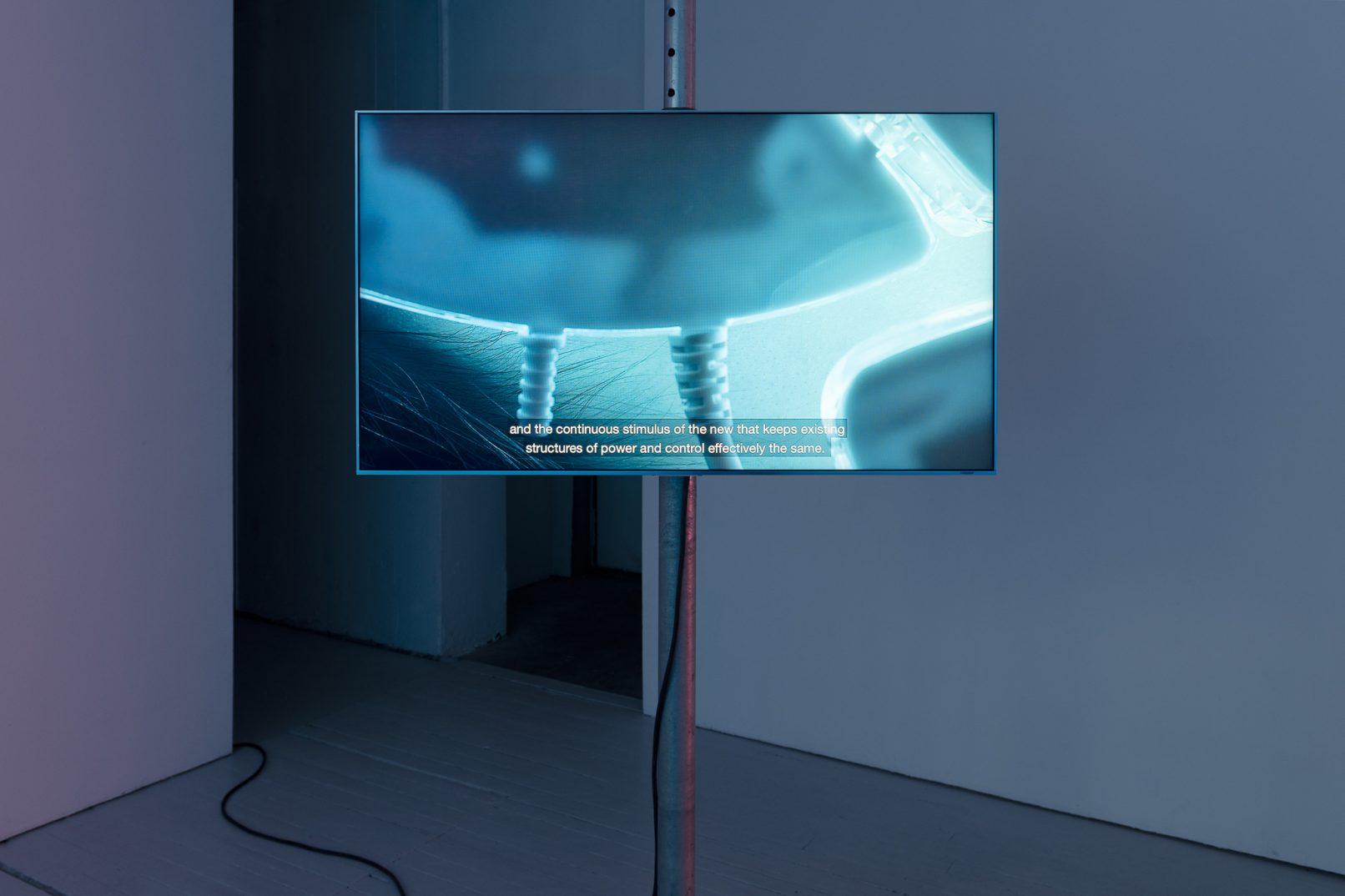 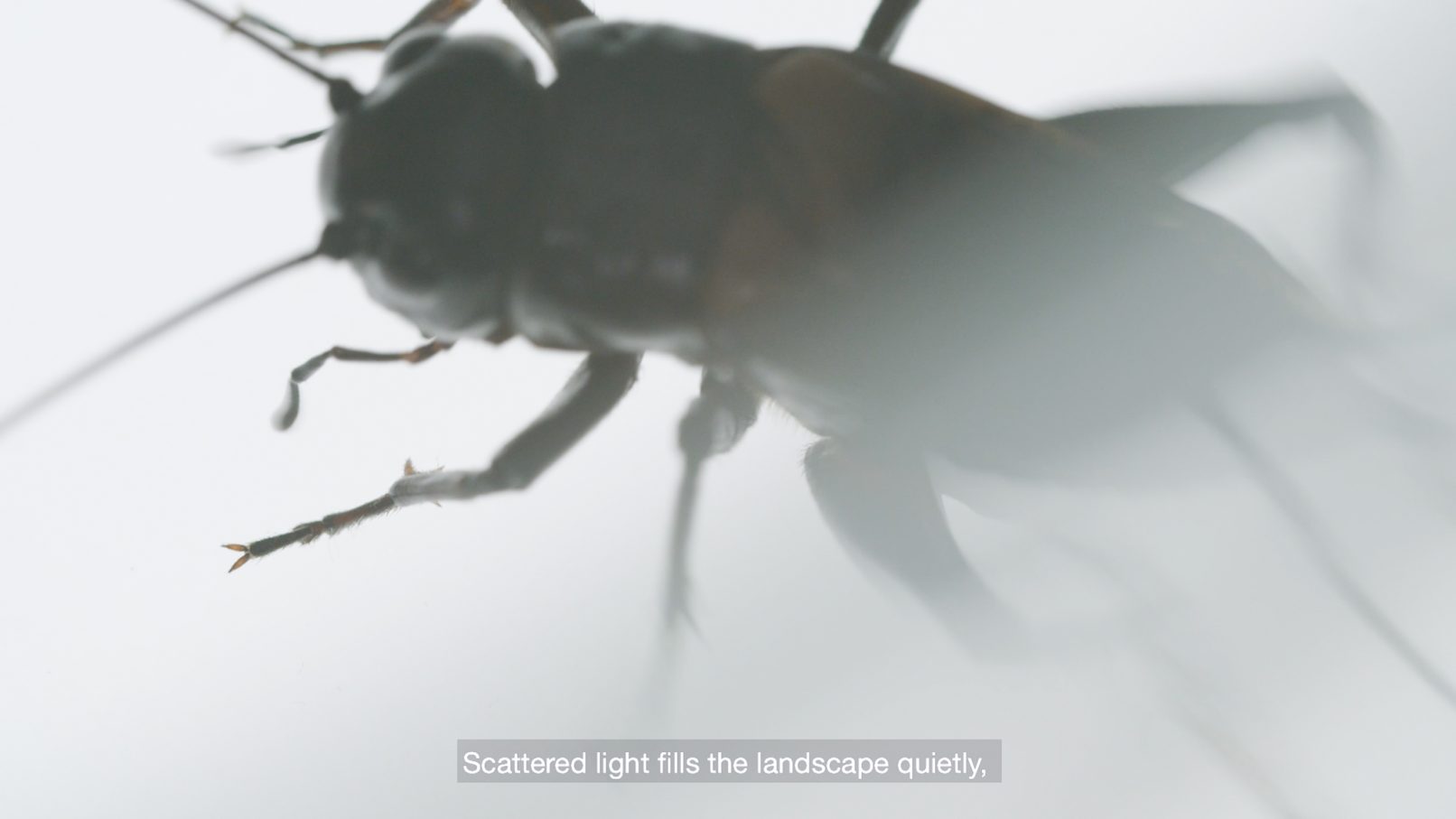 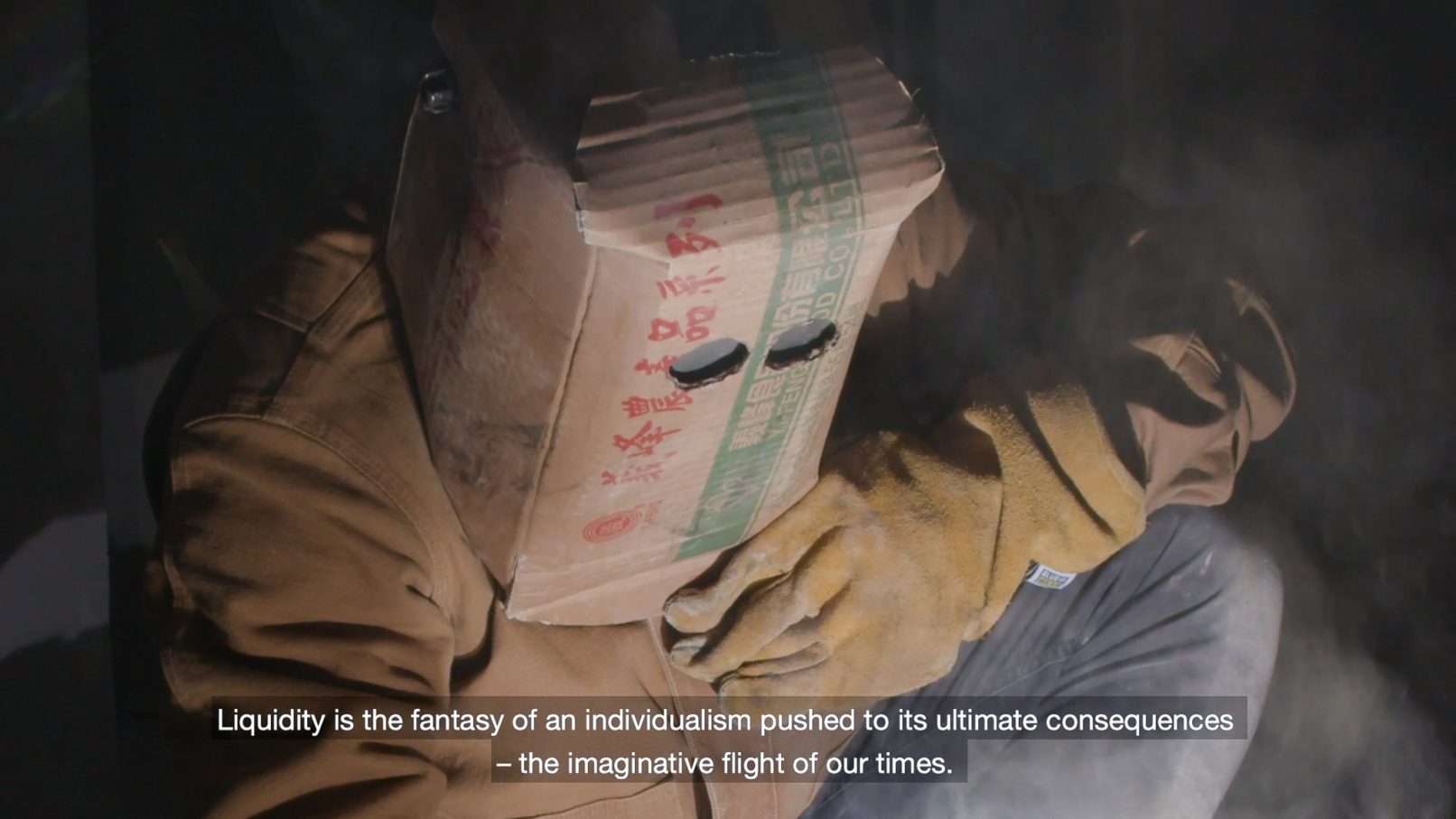 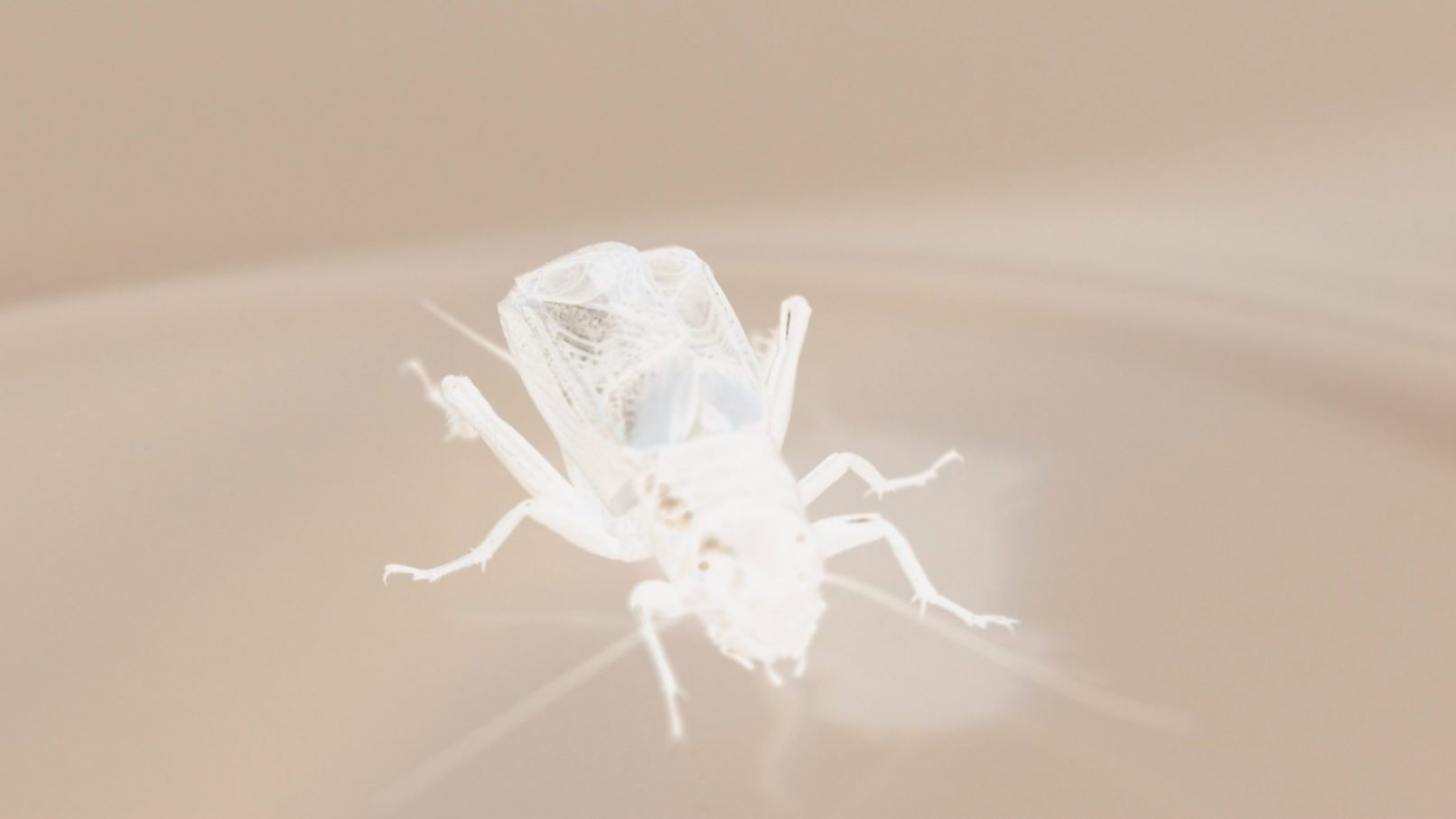 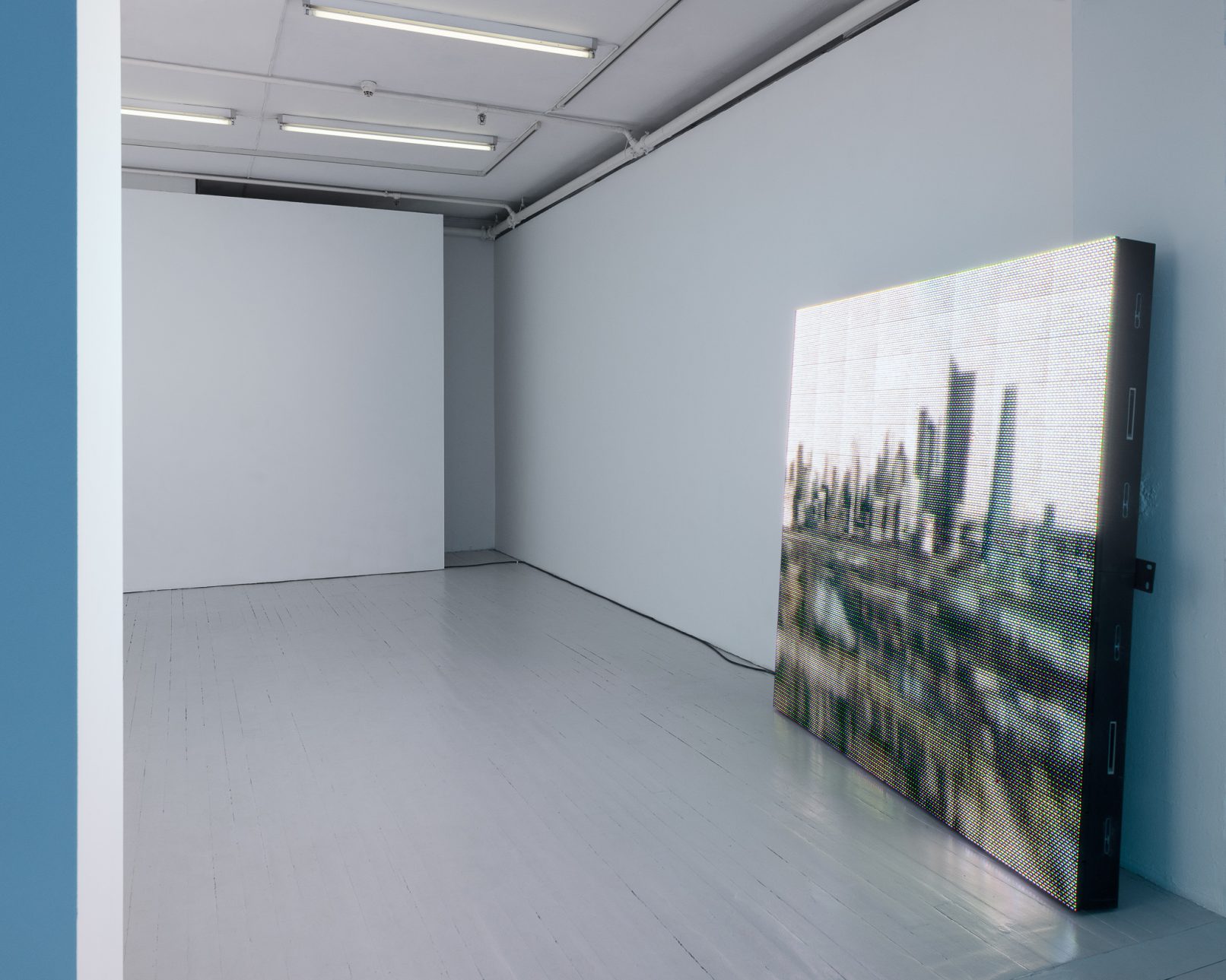 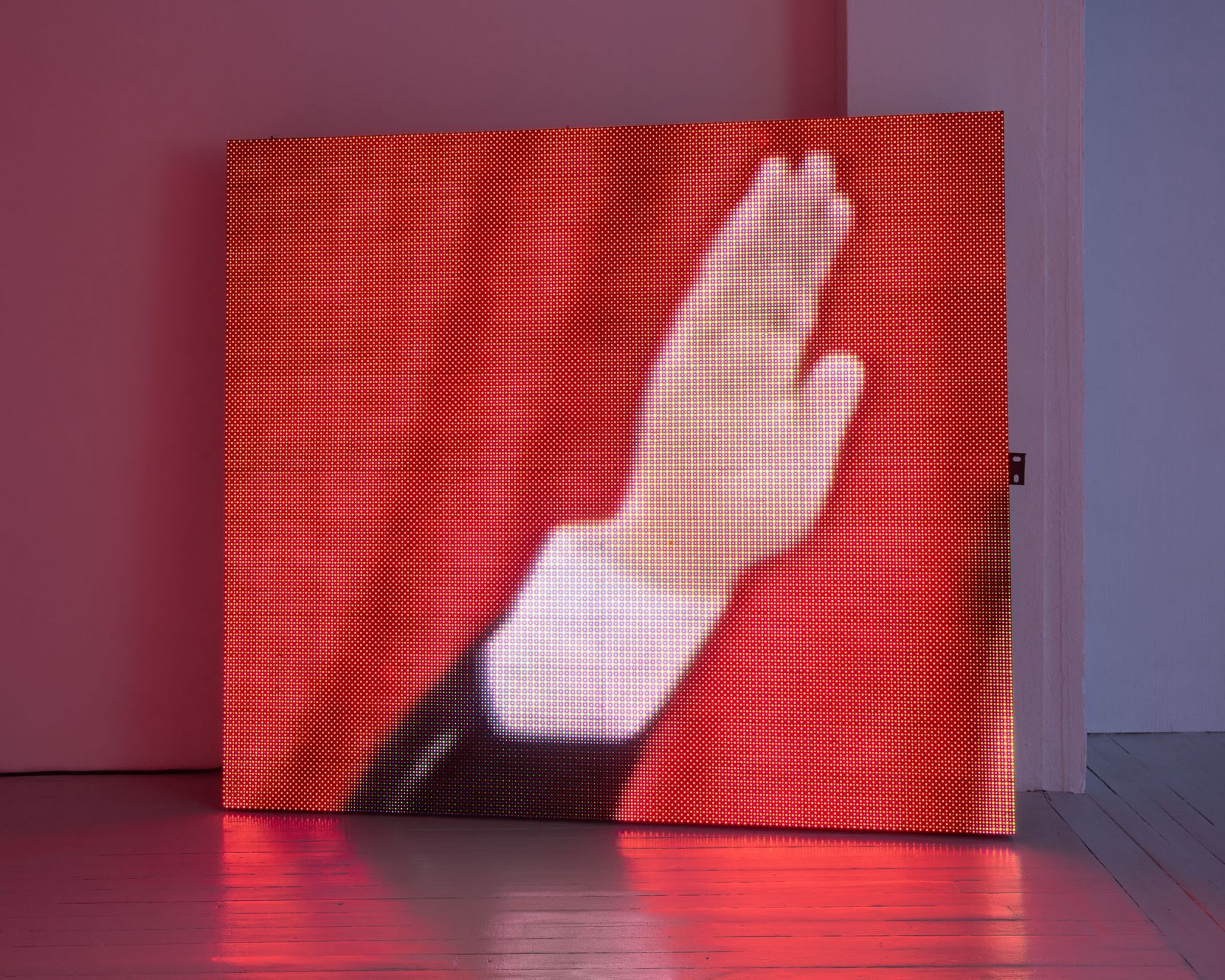 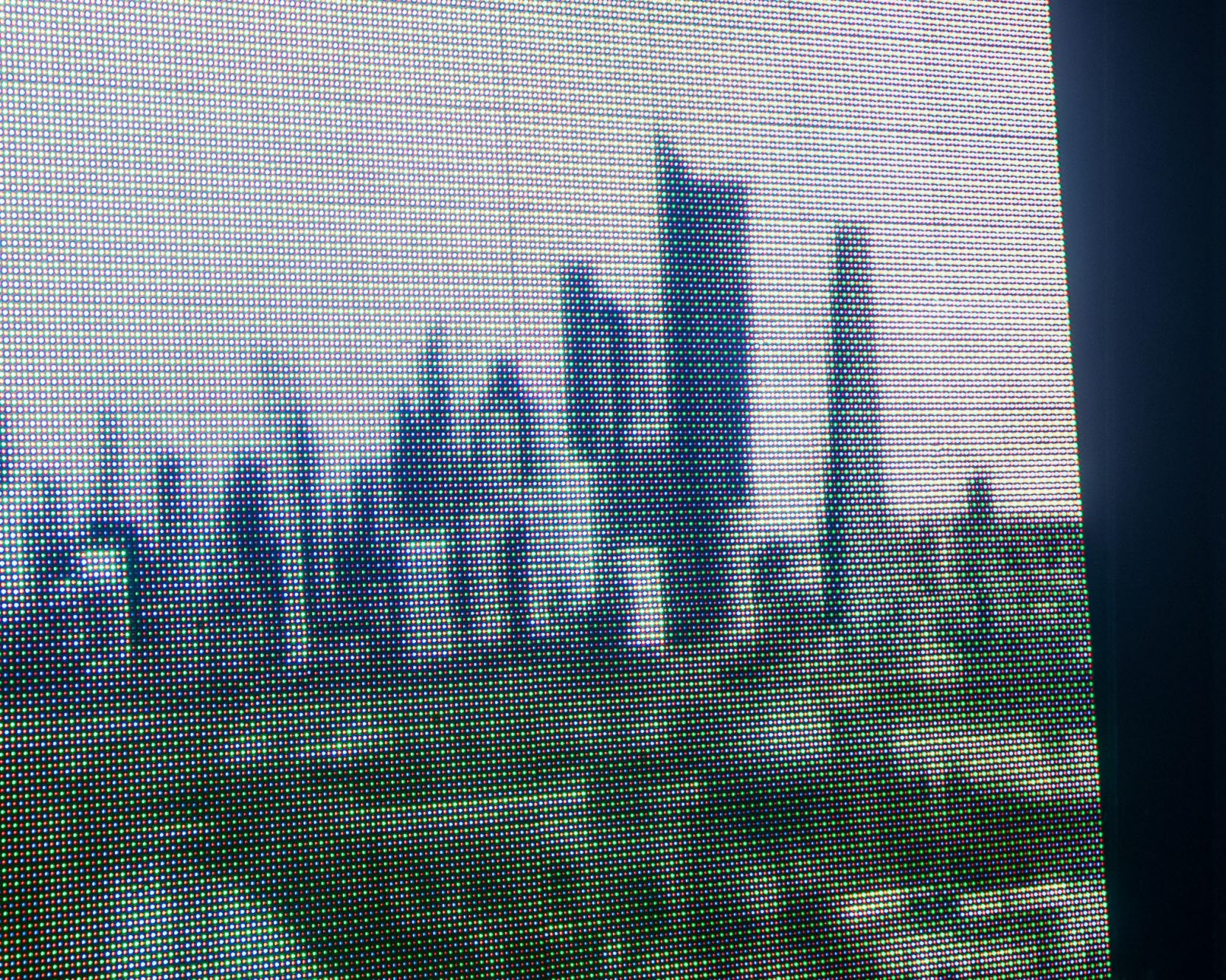 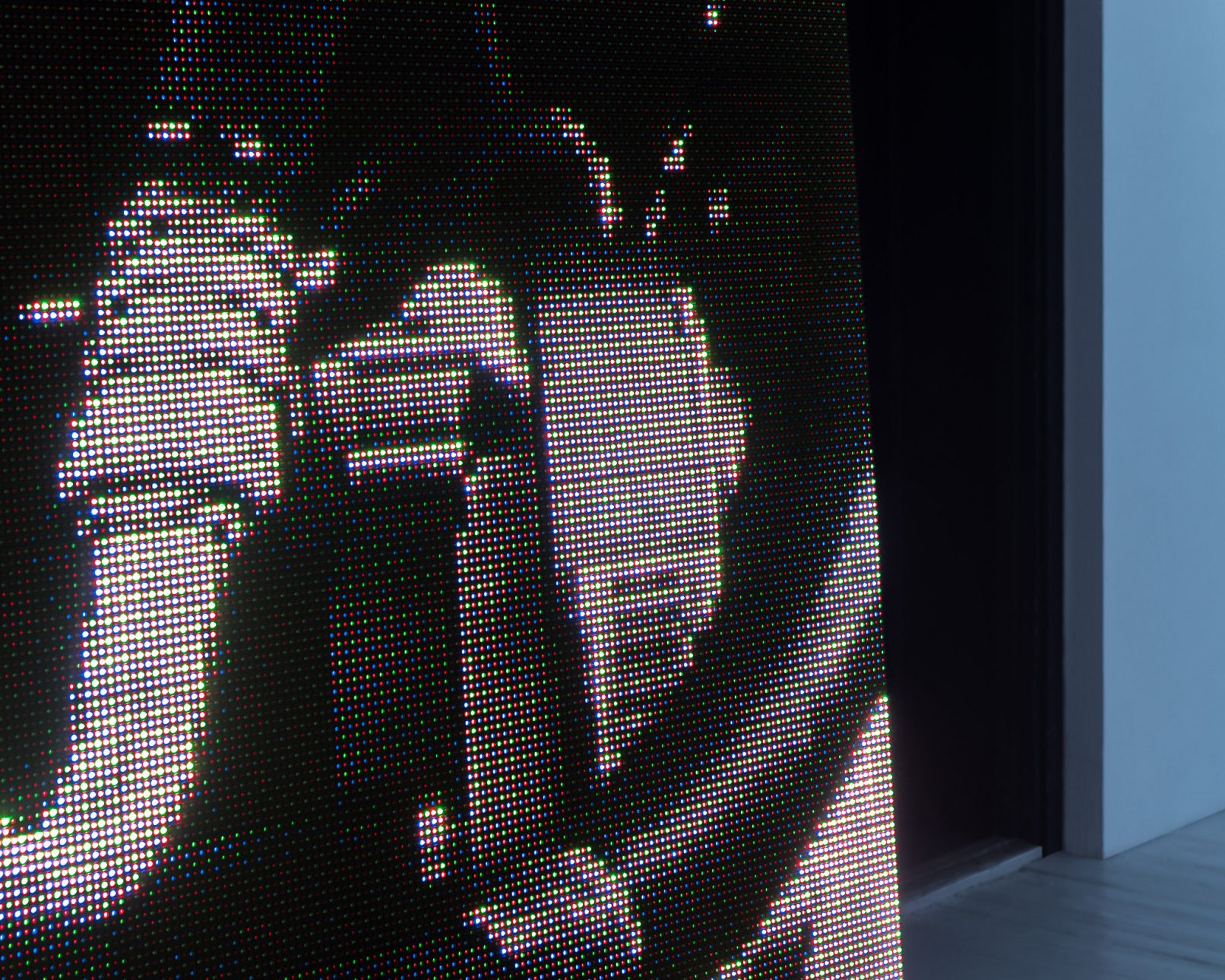 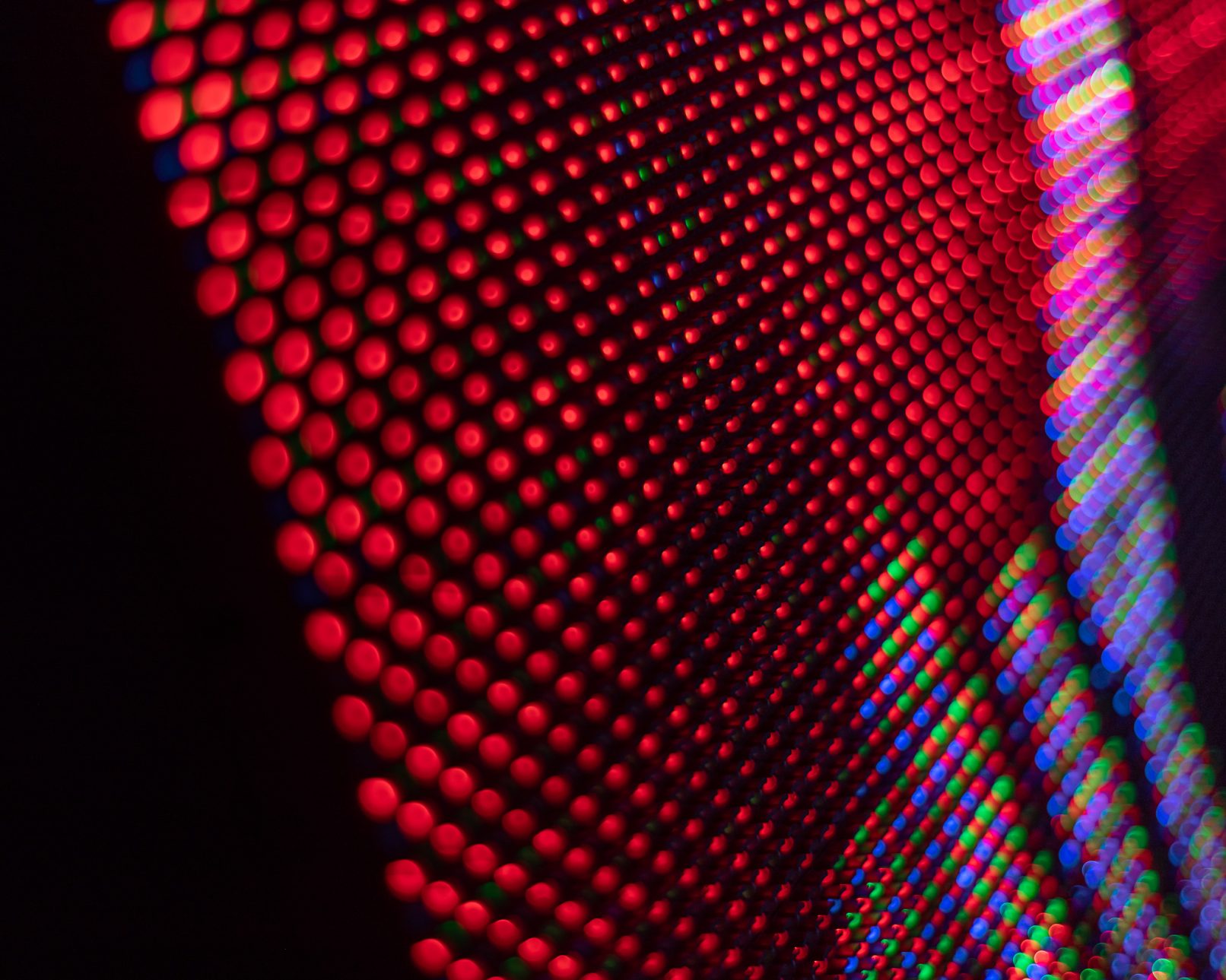