Who’s Afraid of the Neo-Neo-Classical?

On a warm summer morning in 1963, just before sunrise, a rumble began in the city of Skopje. Seventeen seconds later a fatal earthquake had left more than half of the city centre in ruins and 120.000 homeless. While the dust settled, wheels were set in motion towards a unique Cold War-era rescue operation where political adversaries from both sides of the Iron Curtain joined forces to rebuild the capital of communist Macedonia.

The new and modern architectural face of Skopje was uncompromising in its use of exposed concrete, with monumental official buildings built in an ambitious Brutalist style that would make the city a mecca for concrete architecture amongst its connoisseurs. In recent years, however, the city has undergone an unexpected transformation.

Since 2010, several of Skopje’s key modernist buildings have received a remarkable ‘facelift’. The characteristic raw concrete exteriors have been hidden behind additional facades ornamented with colossal antique style columns made of polyurethane. The new guise of the city draws inspiration from the neo-classical style and from the marble ruins of antiquity, making controversial claims by linking the country’s past to the ancient history of neighbouring country Greece. This literal attempt to cover up the architectural style associated with the country’s communist past was initiated by the nationalist-populist government in power at the time. Paradoxically, this is taking place at a time when concrete architecture and Brutalism is experiencing an international revival, with examples from the Skopje rebuild featured in the 2018 MoMA exhibition ‘Toward a Concrete Utopia’.

A striking aspect of the new facades is their dazzling white exterior, not unlike the ruins of the Parthenon Temple in Athens. Although it has been long known that antique Greek architecture and sculpture were often painted, most often in saturated and bright colours, it is the white, unpainted facade that is used as a symbol when establishing problematic links to the faded grandeur of antiquity. Local protestors responded to this costly and publicly funded remodelling of the city – for which the public never asked – by throwing water balloons filled with brightly coloured paint onto the pristine facades.

—
Espen Gleditsch works experimentally and investigatively with photography and other media. A common thread in his practice is an examination of how narratives concerning historical and contemporary events are constructed, disseminated and legitimized. His recent projects have taken as a point of departure the lost colours of modernist architecture and antique sculpture. Through his projects, Gleditsch questions how unintentional displacements, human desires, ideology and coincidences determine which aspects of history are retained and which are rejected in order to establish a coherent narrative, and for whom. 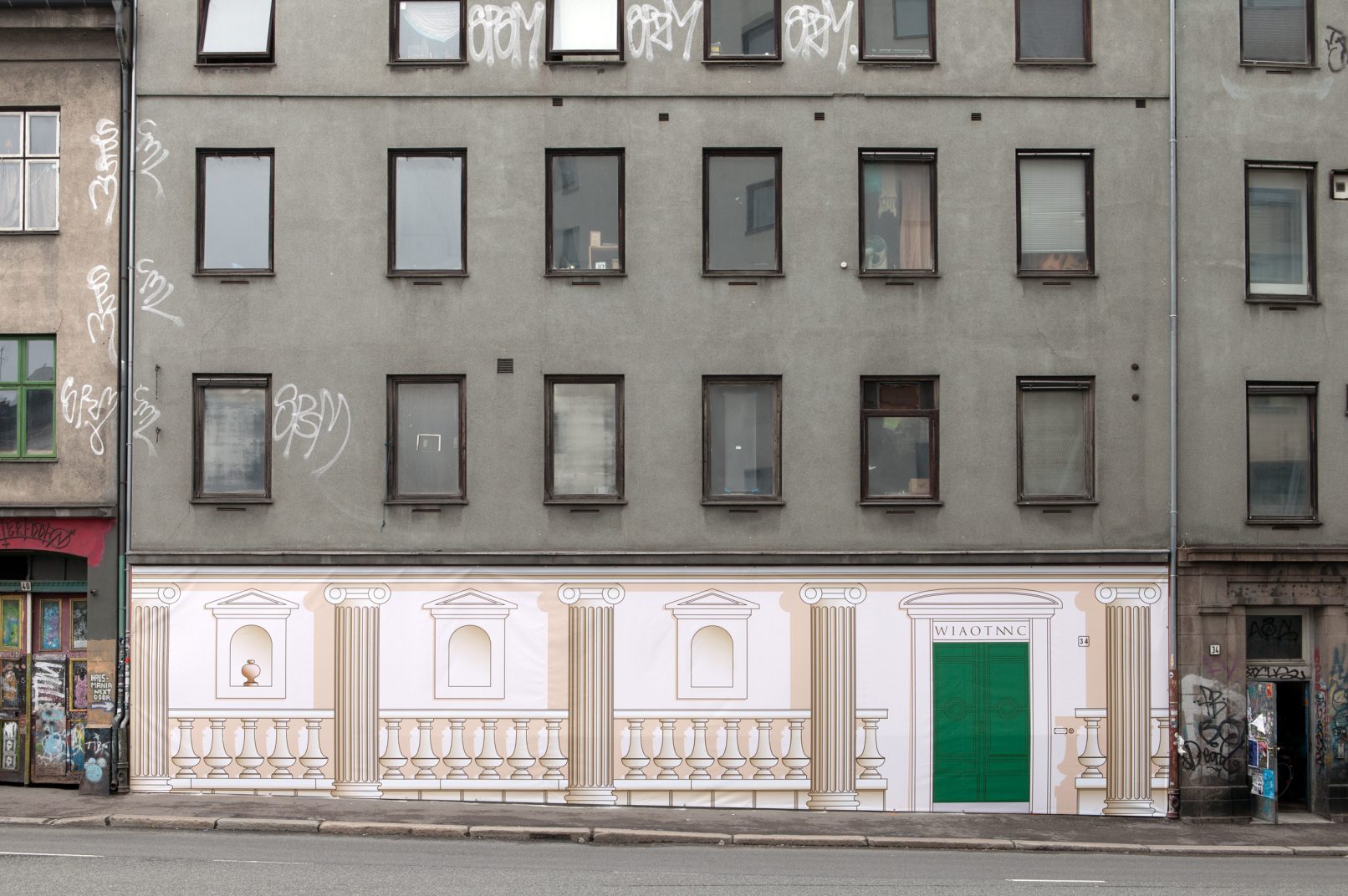 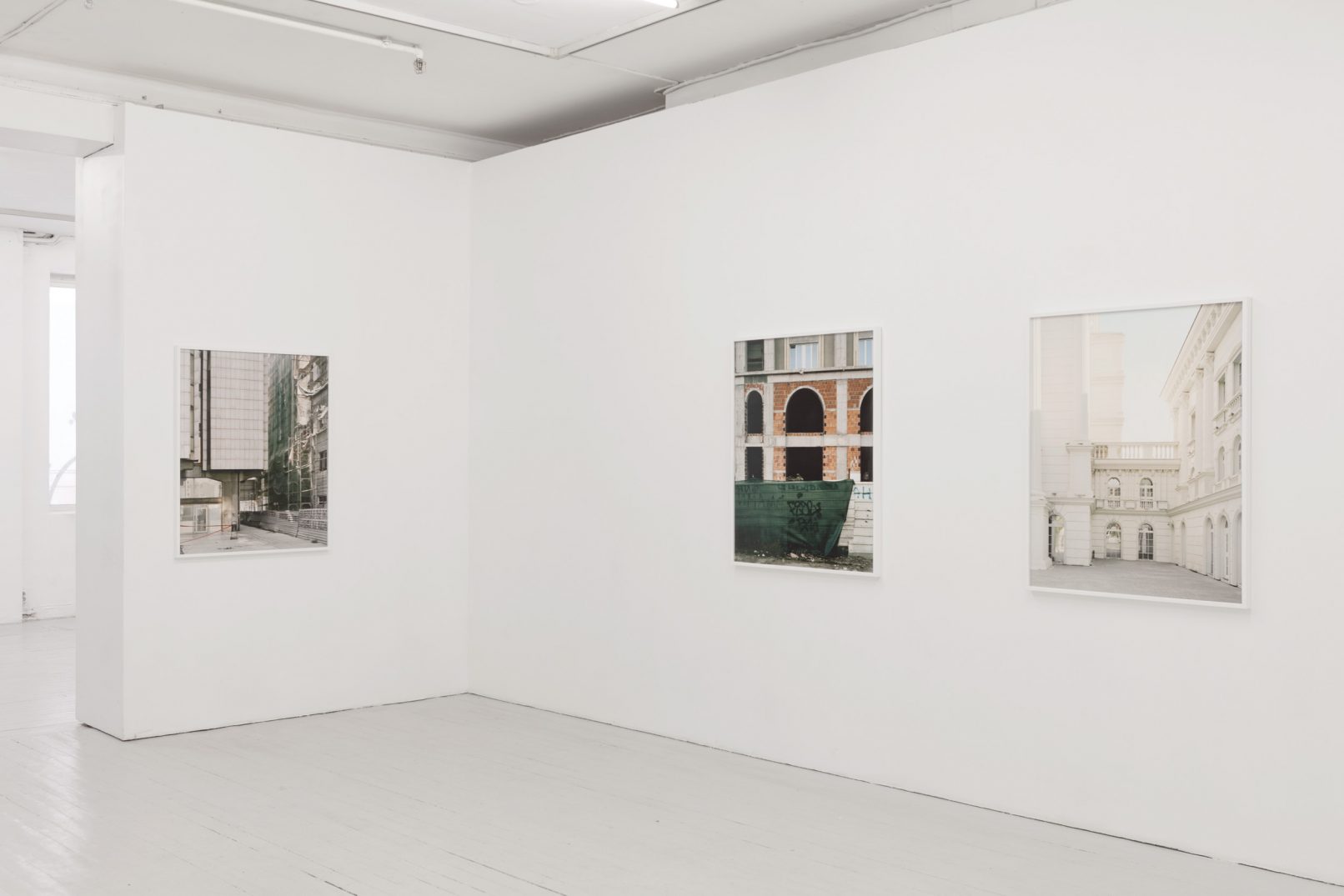 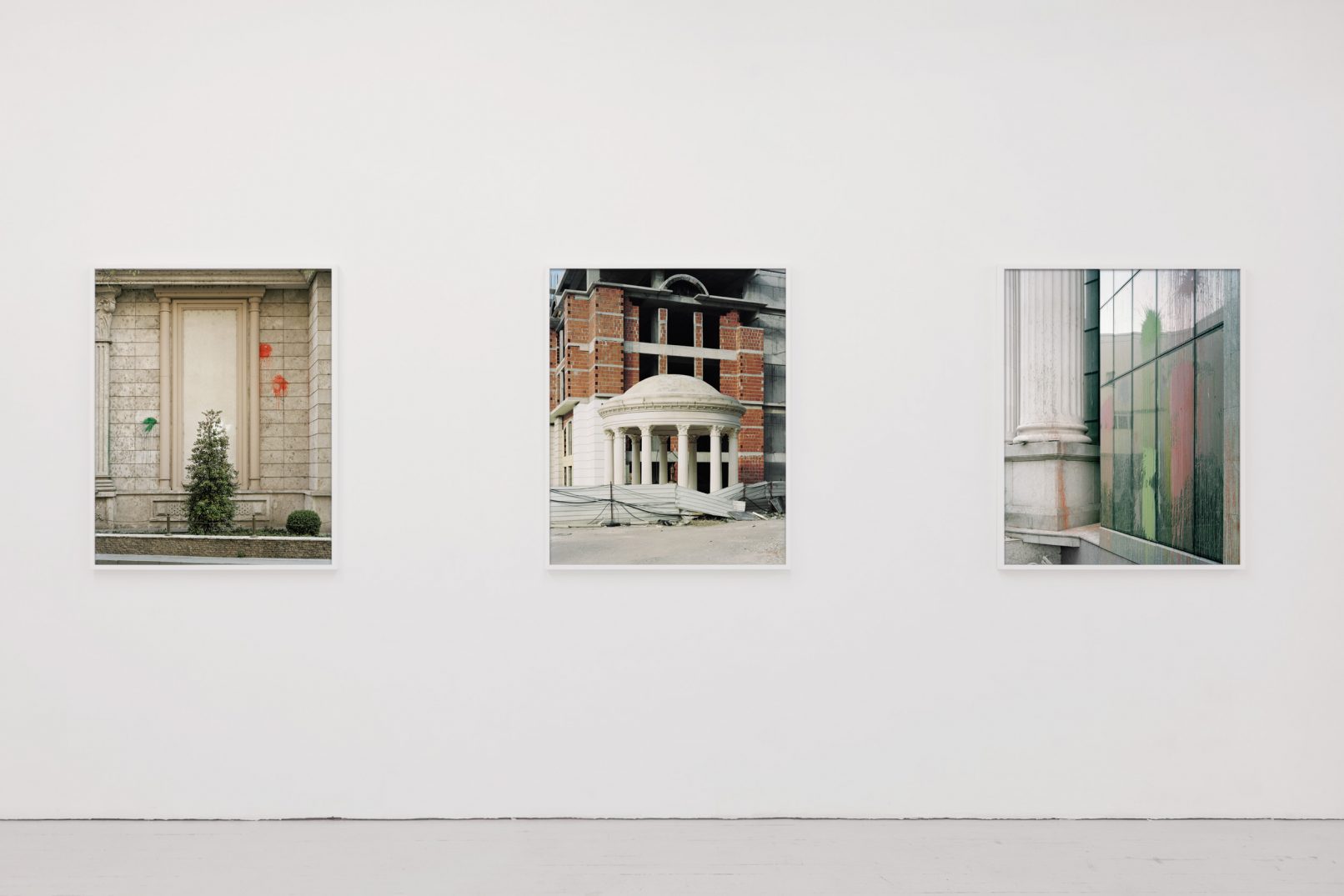 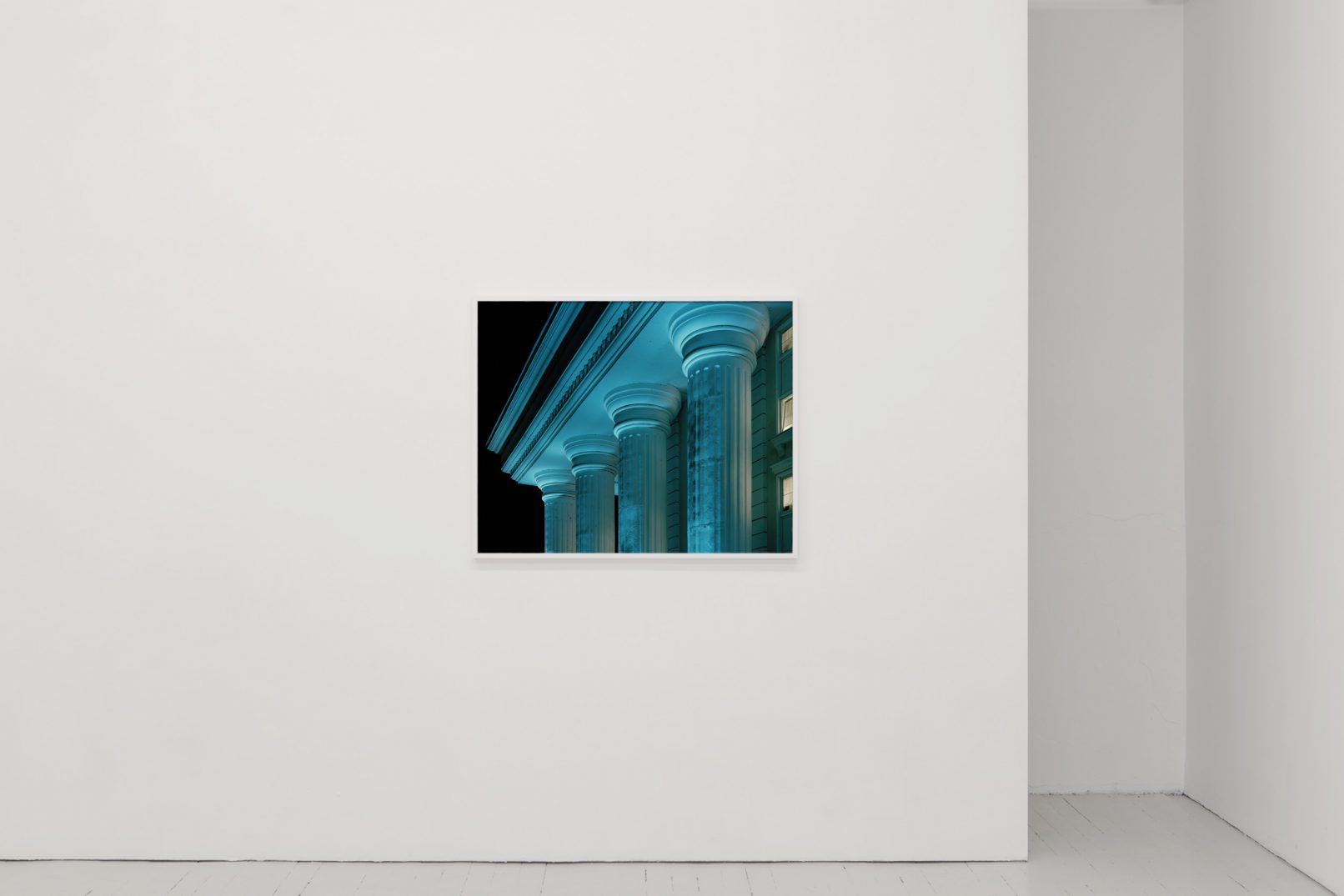 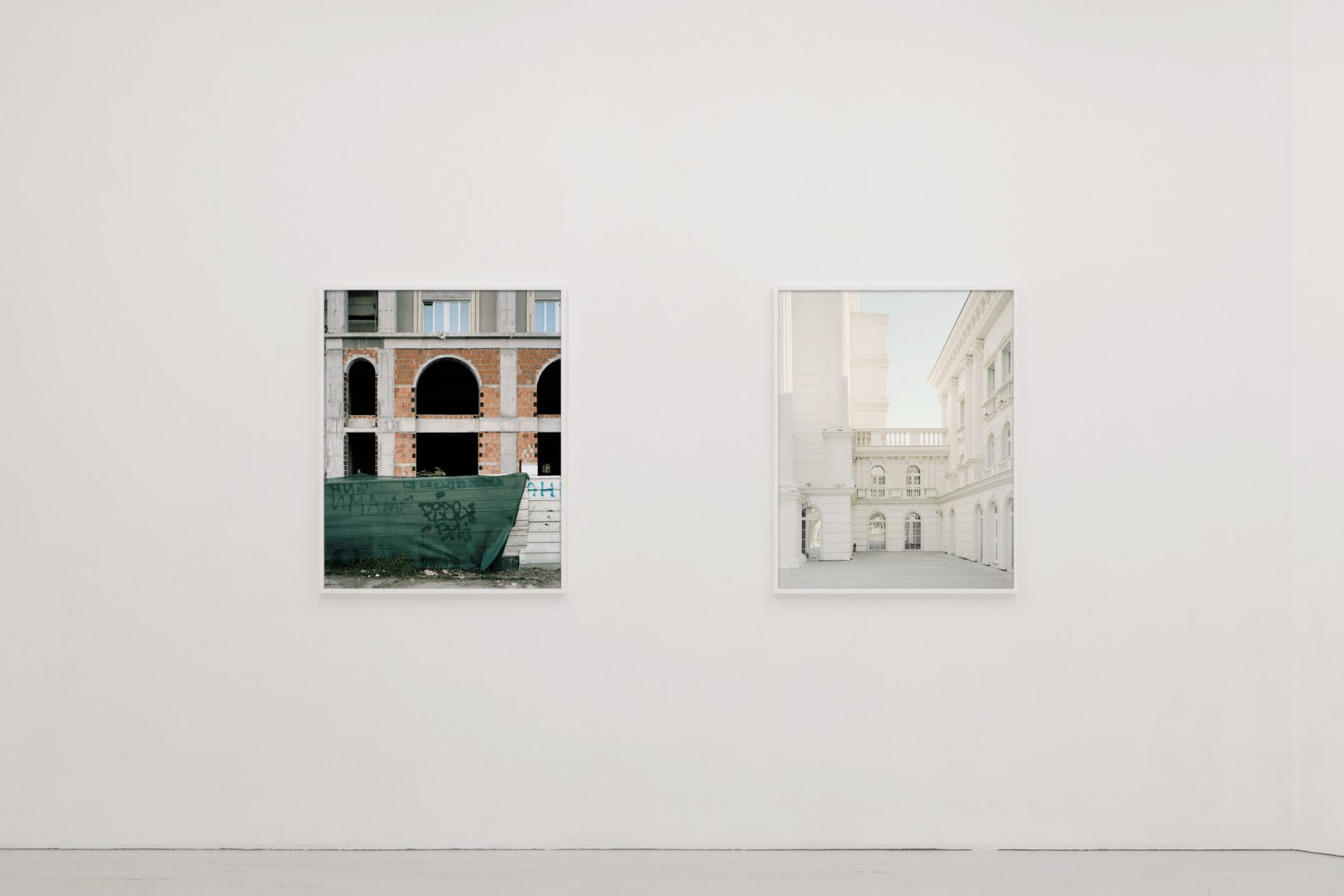 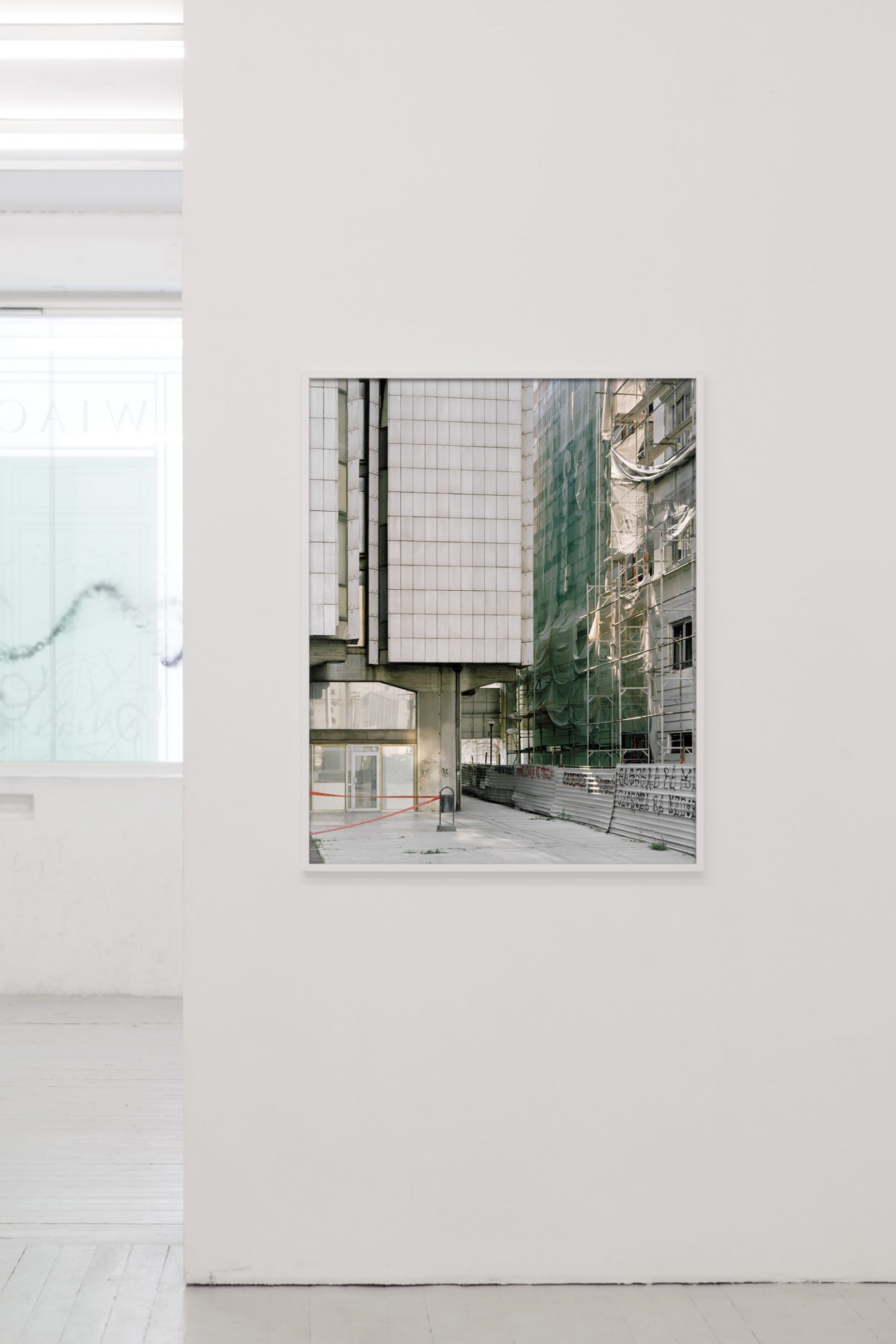 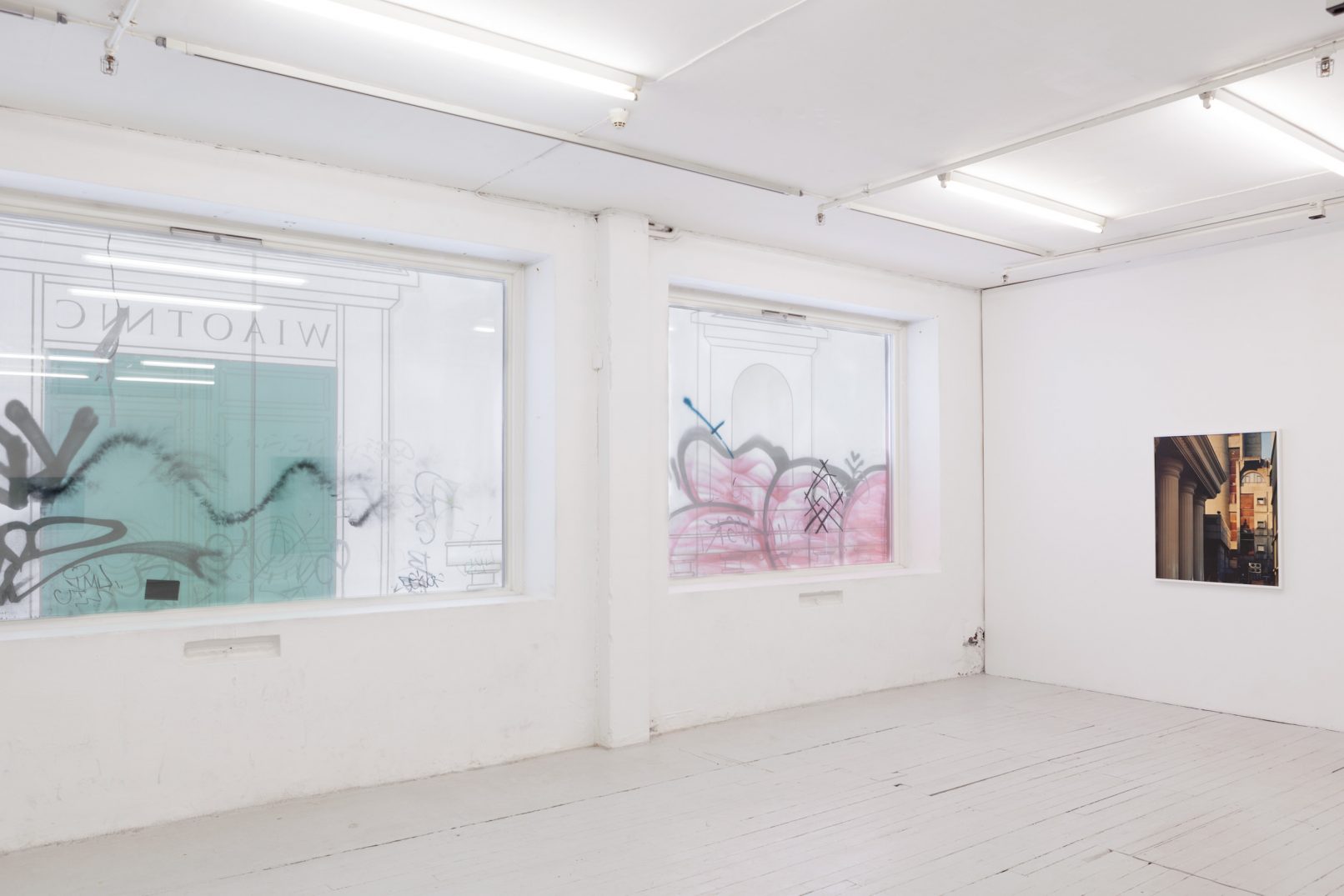 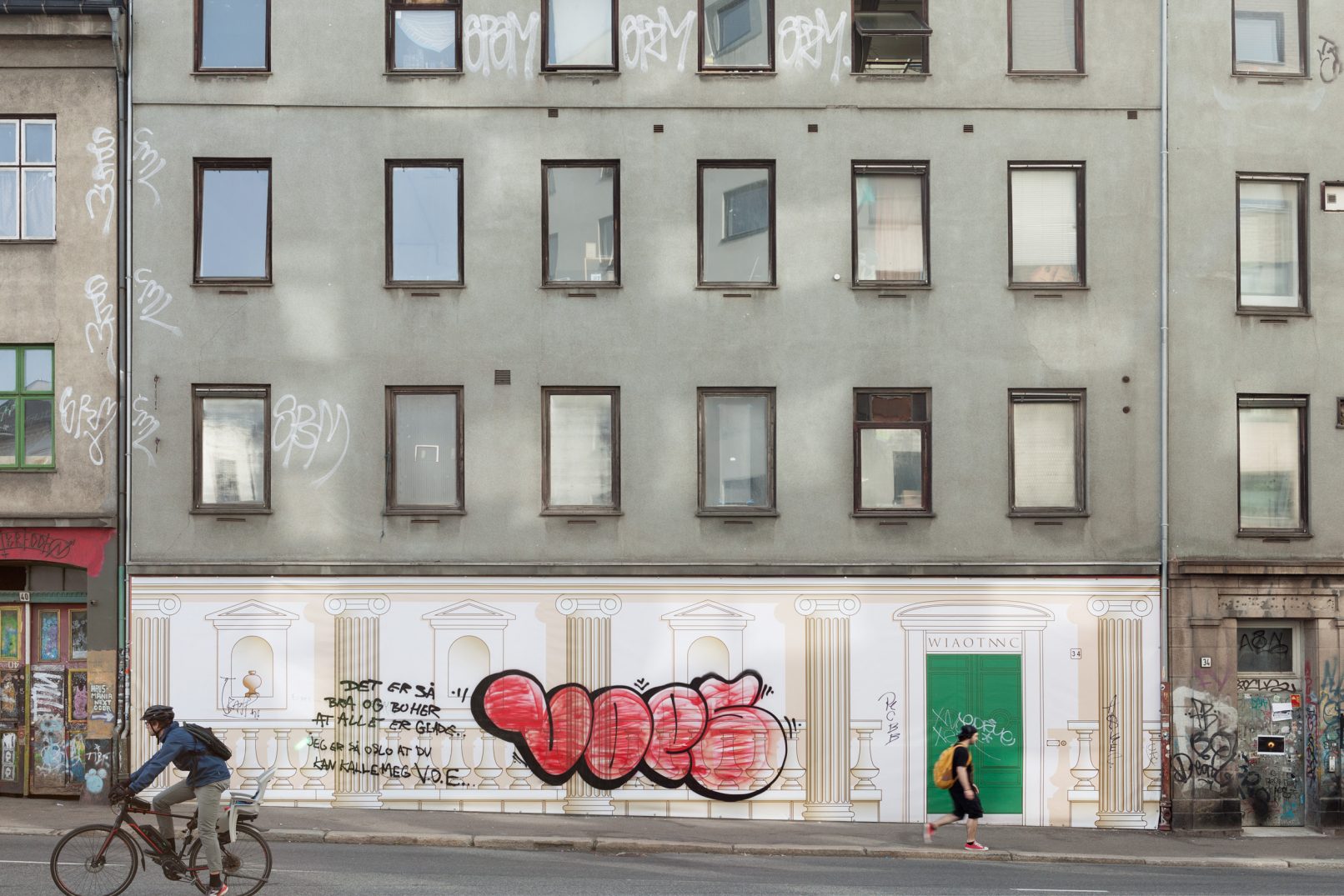