Ludological is a code-machine-complex, scoping out the promise of a next-tech increment, where manufacturing is autonomous and the web immutable. From a patchwork of open-source and mechatronics it stages a value-chain stuck in the perpetual production of a terminal-spectacle.

The digital layer hosts a bot-net of go-gaming AIs mutually constrained by a forced consensus and a self-certifying smart-contract. Sustained by a private chain under the motto autonomous and “code that can’t shut down”, the network generates a stream of surplus results that trickles down to become a binary decision model animating the material termination of some piece of wood.

What does it entail?
• An integrated whole of autonomous operations, each concerned with their own local optimal, each responsible for a shared data-flux.
• A perpetual production of spectacle, commodified through datafication and addressing.
• Systemic fabrication of an immutable history, chaining object, process and event.
• A decentralised mode of production, such that anywhere can be a factory.
• A peer-against-peer design pattern, playing machiavellian others against themselves.
• A governance by 200 lines of “smart”-contract code.
• The obsolescence of human readable syntax.
• A live-stream of aggregated tension.
• Destructive value creation.

By whom?
S.K.Ruud &AE is an artist contingency of Stian Korntved Ruud and Simen Musæus (&AE), aquianted since youth, thier collaboration as unfolded via CAD drawings, video-conferences and hardware research exchanged in the cloudspace between oslo and berlin. 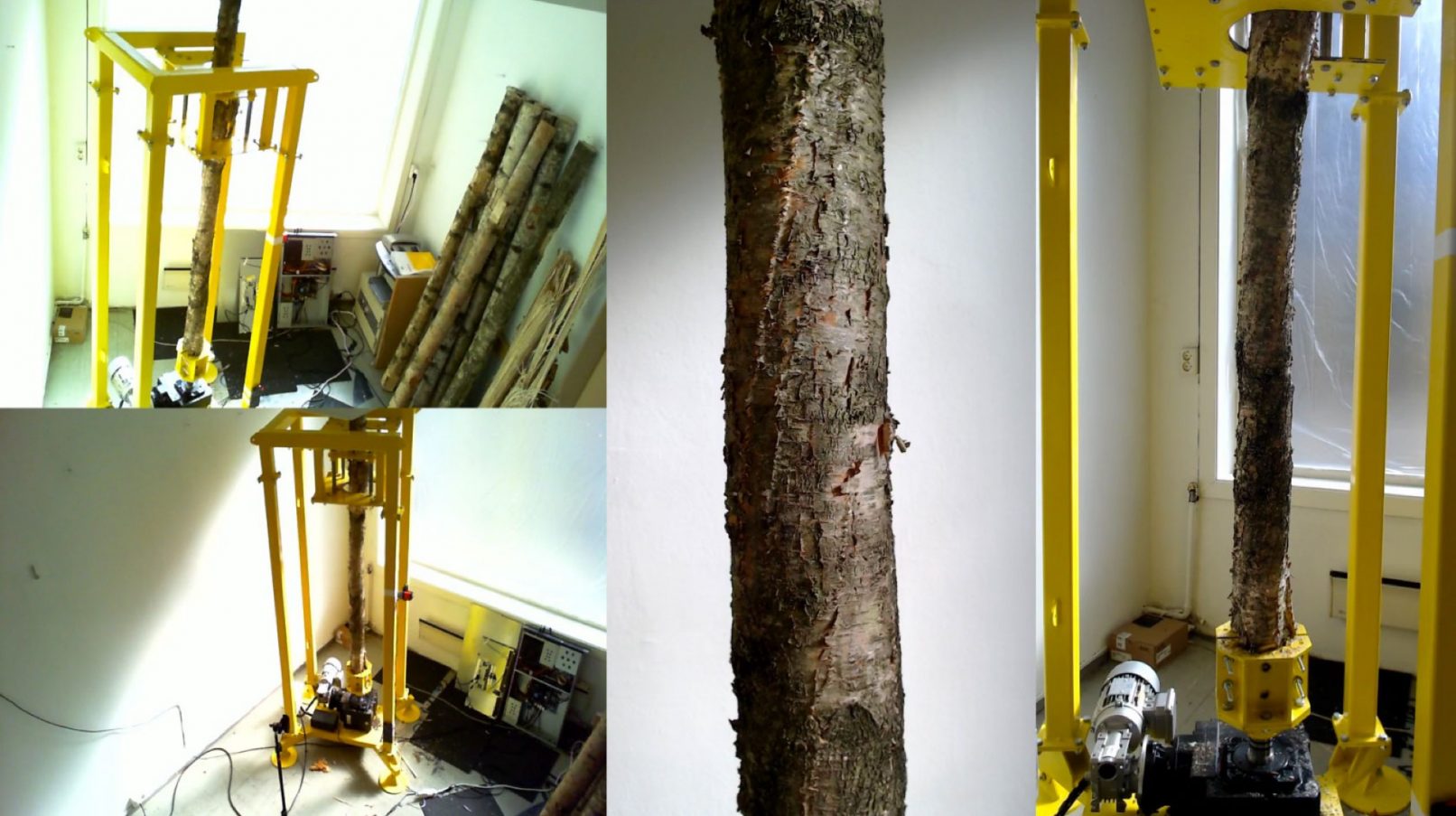 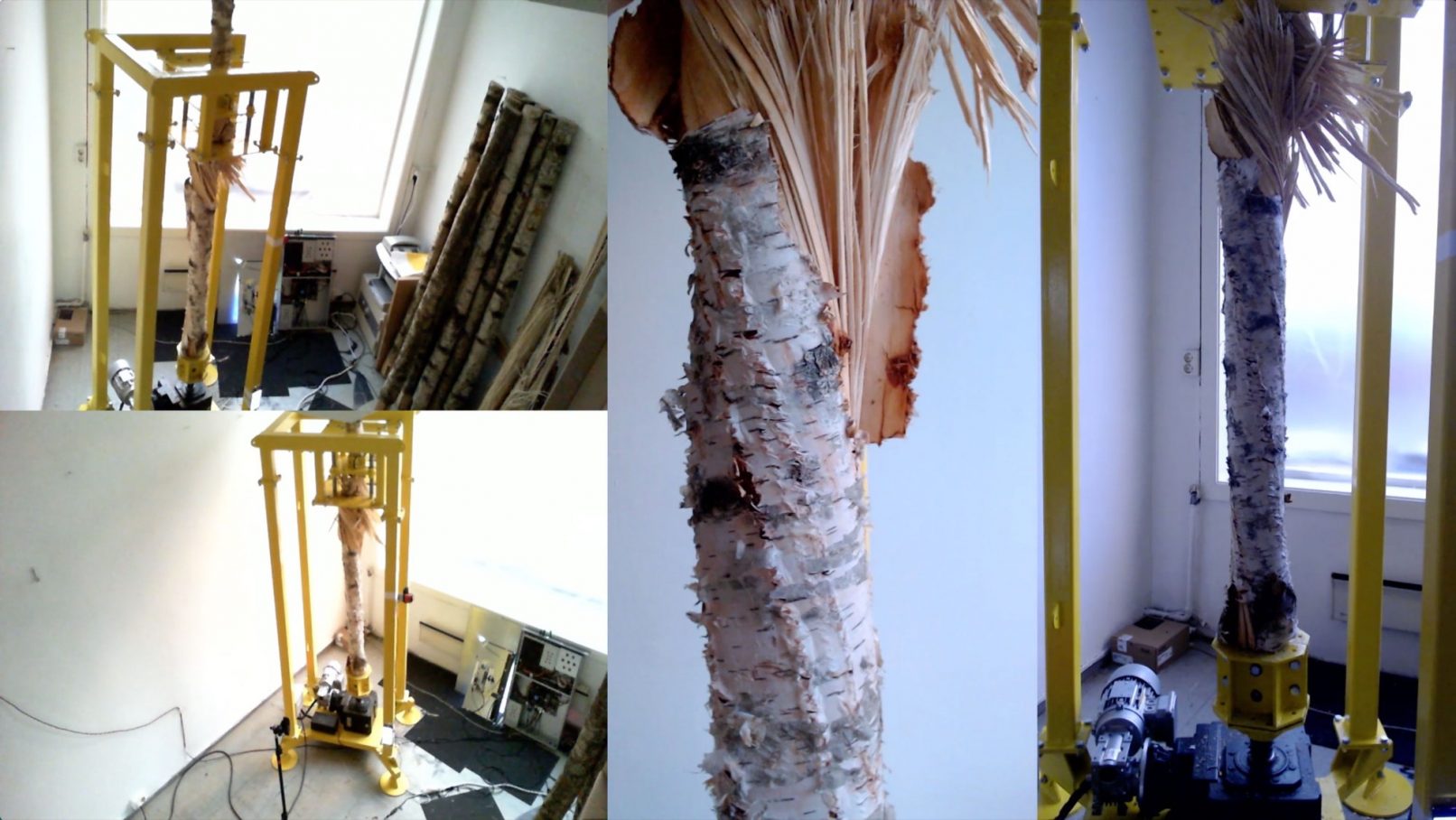 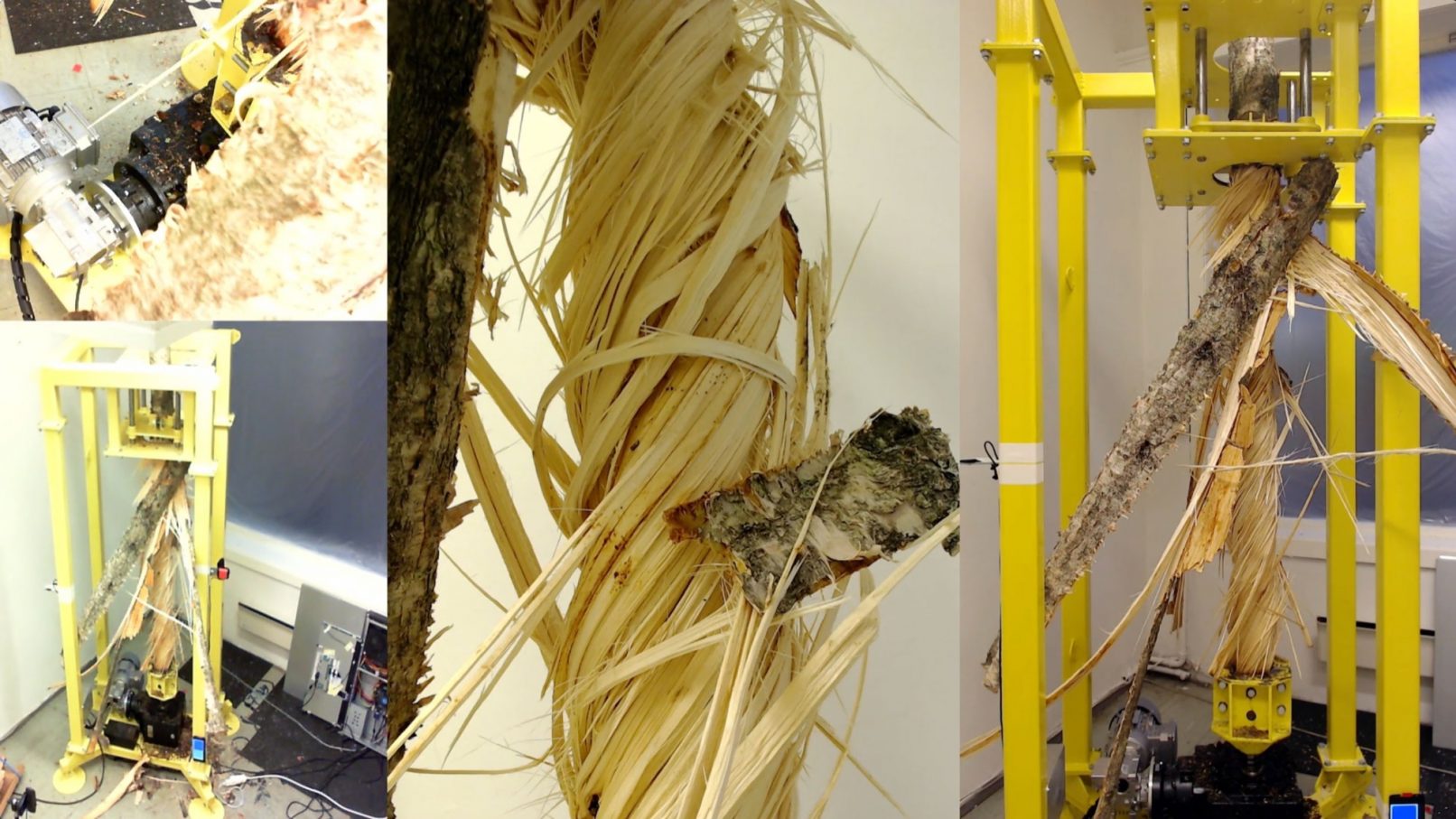