“Something is distorting our world. Mountains pour out of an invisible slit, in a weirdly perfect mathematical symmetry. Antennae implode into the slit, as if their three-dimensional physical structure were being sucked into a lower dimension. Something is pulling and pushing space and time. But we can’t see it. We can’t point to it. It’s like being in an ocean. Everywhere we see ripples and distortions because of the water. But because the water is all around, we don’t quite see it.

A disturbing feeling: something gigantic is distorting space itself. Making us see differently. Pulling and pushing objects, gigantic objects: a radio telescope, a mountain range. A hyperobject: something so large, so distributed across spacetime, that we can’t point to it. Something that transcends our sense of dimension and world, and our categories such as “object” and “subject.”
We sense it anamorphically: as a distortion of everything else. As a lens.” 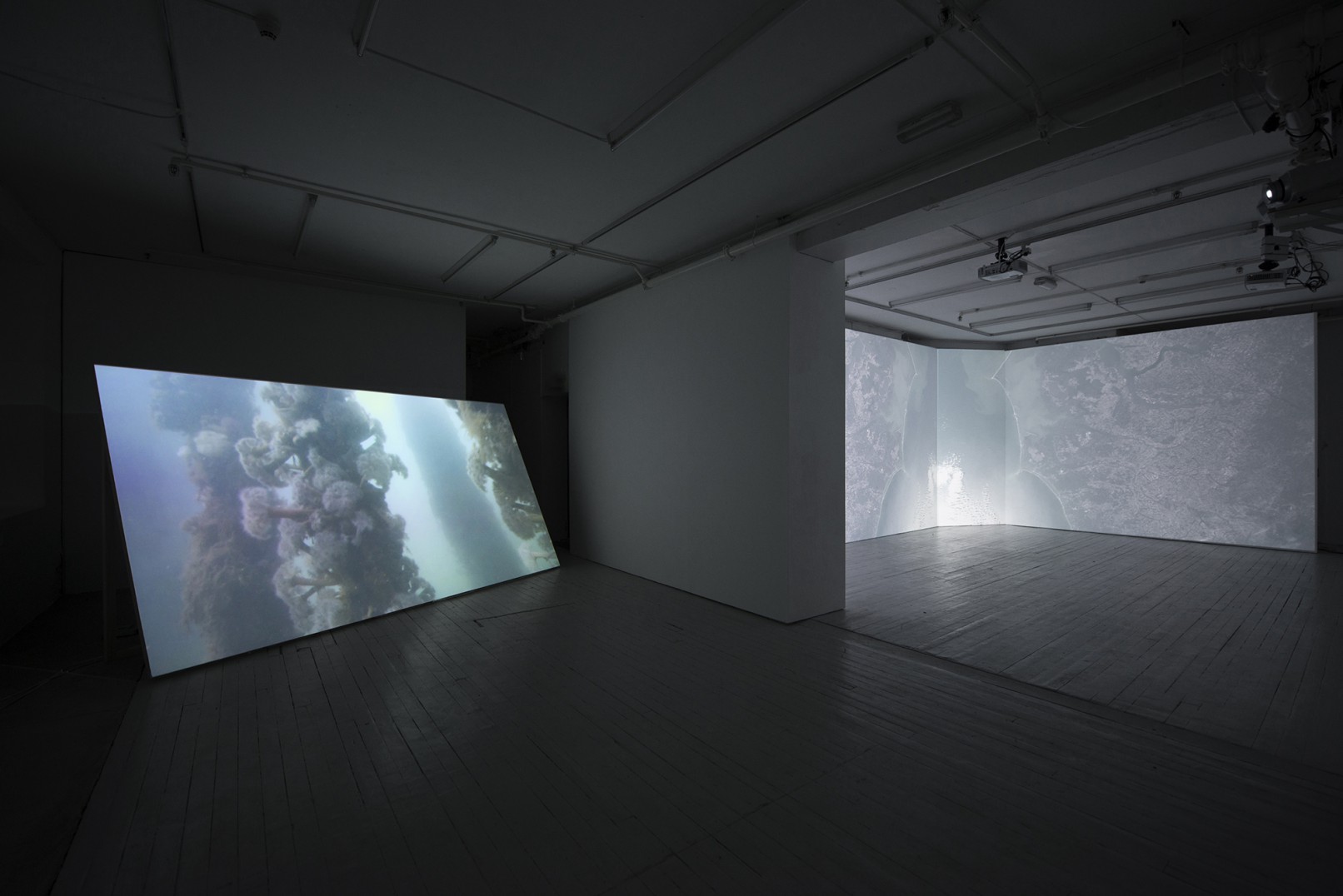 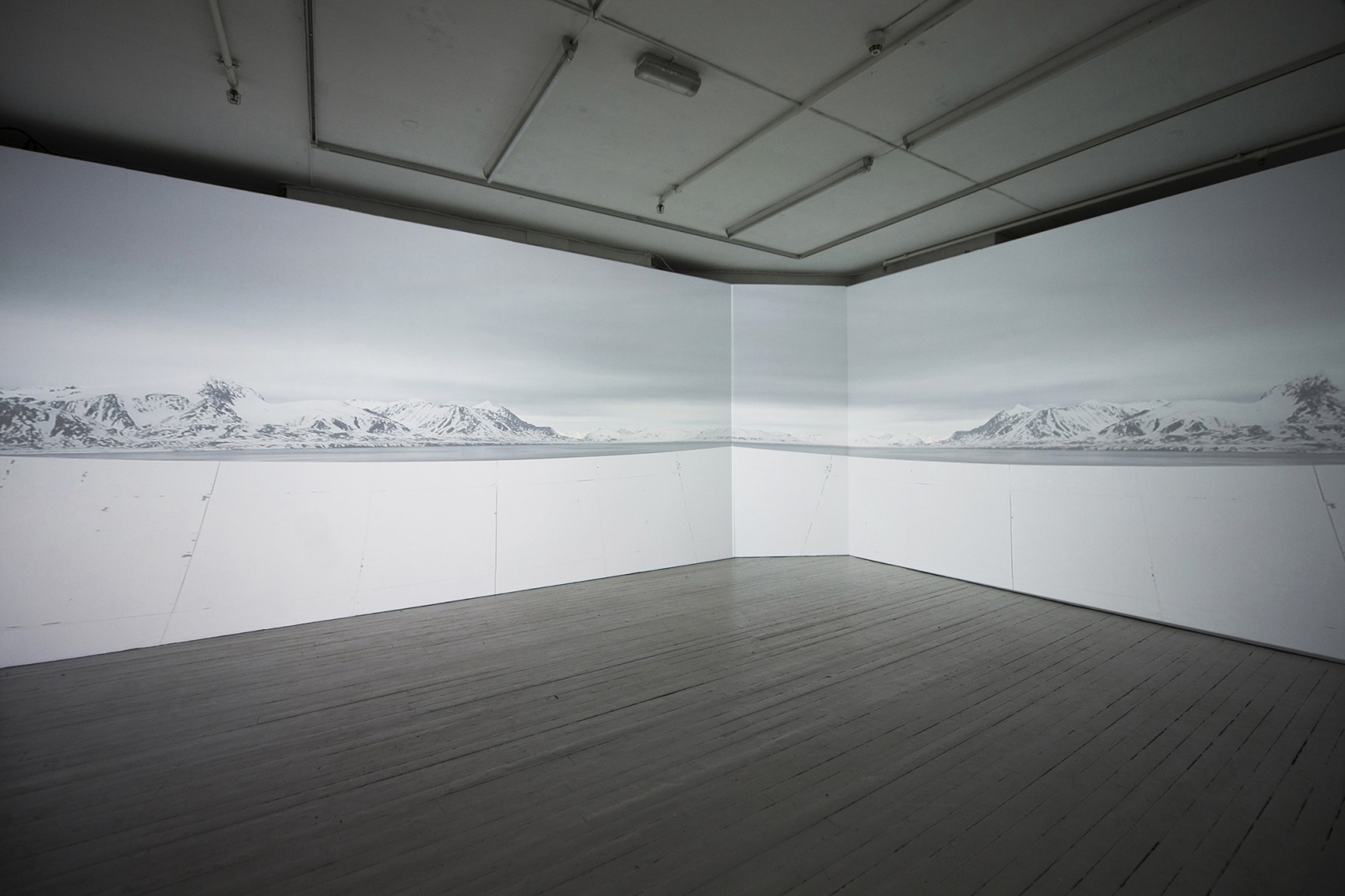 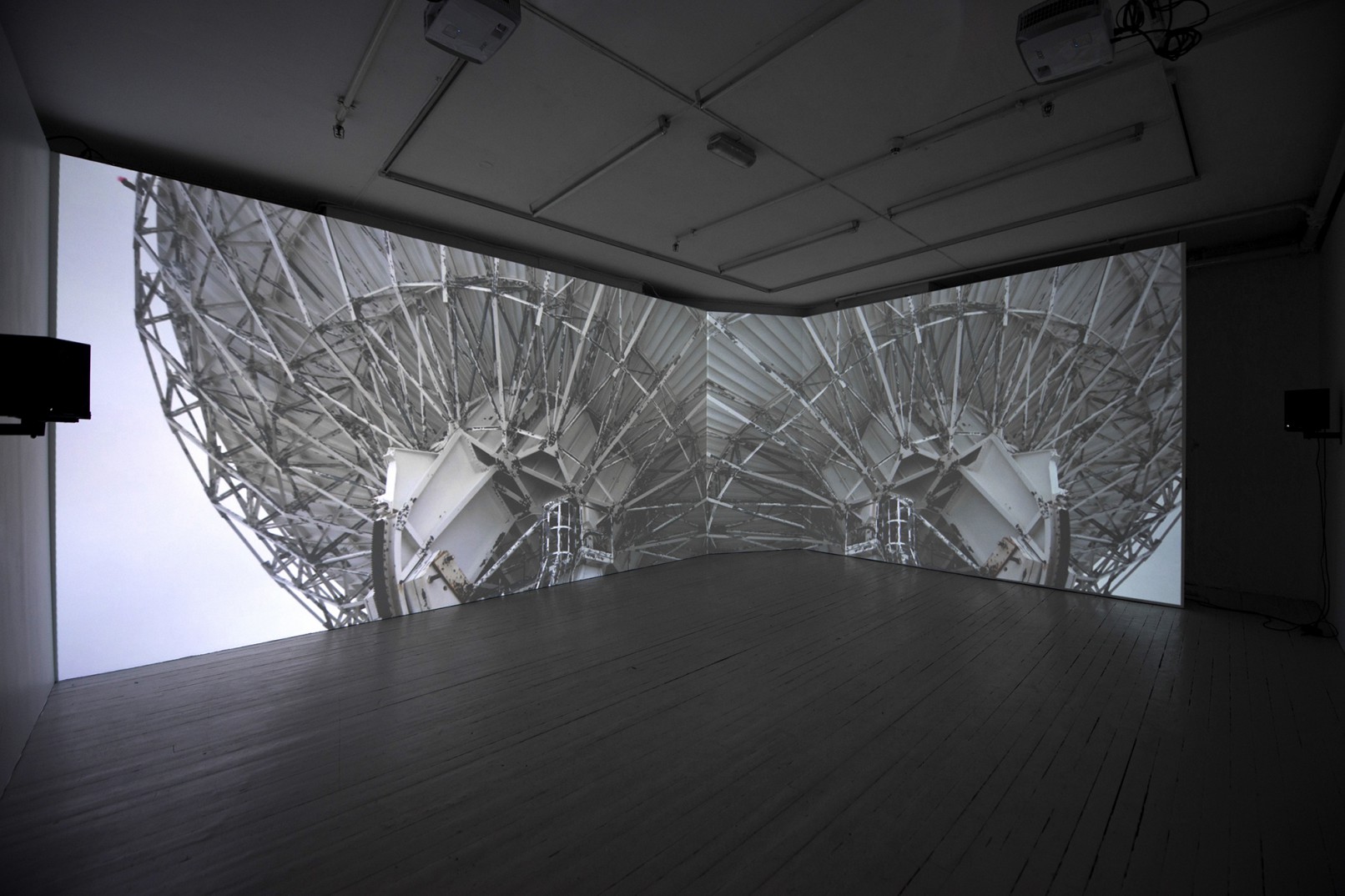 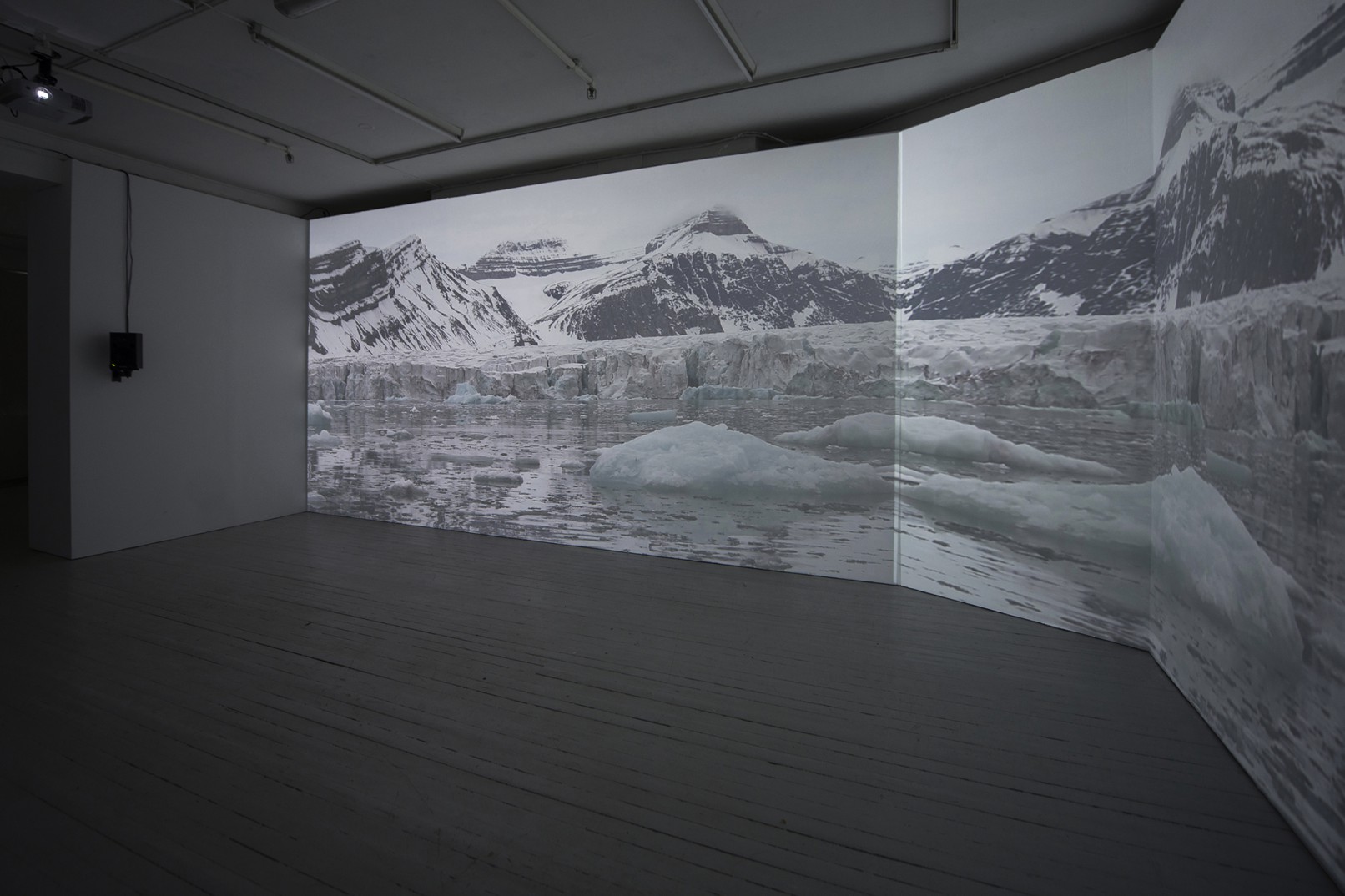 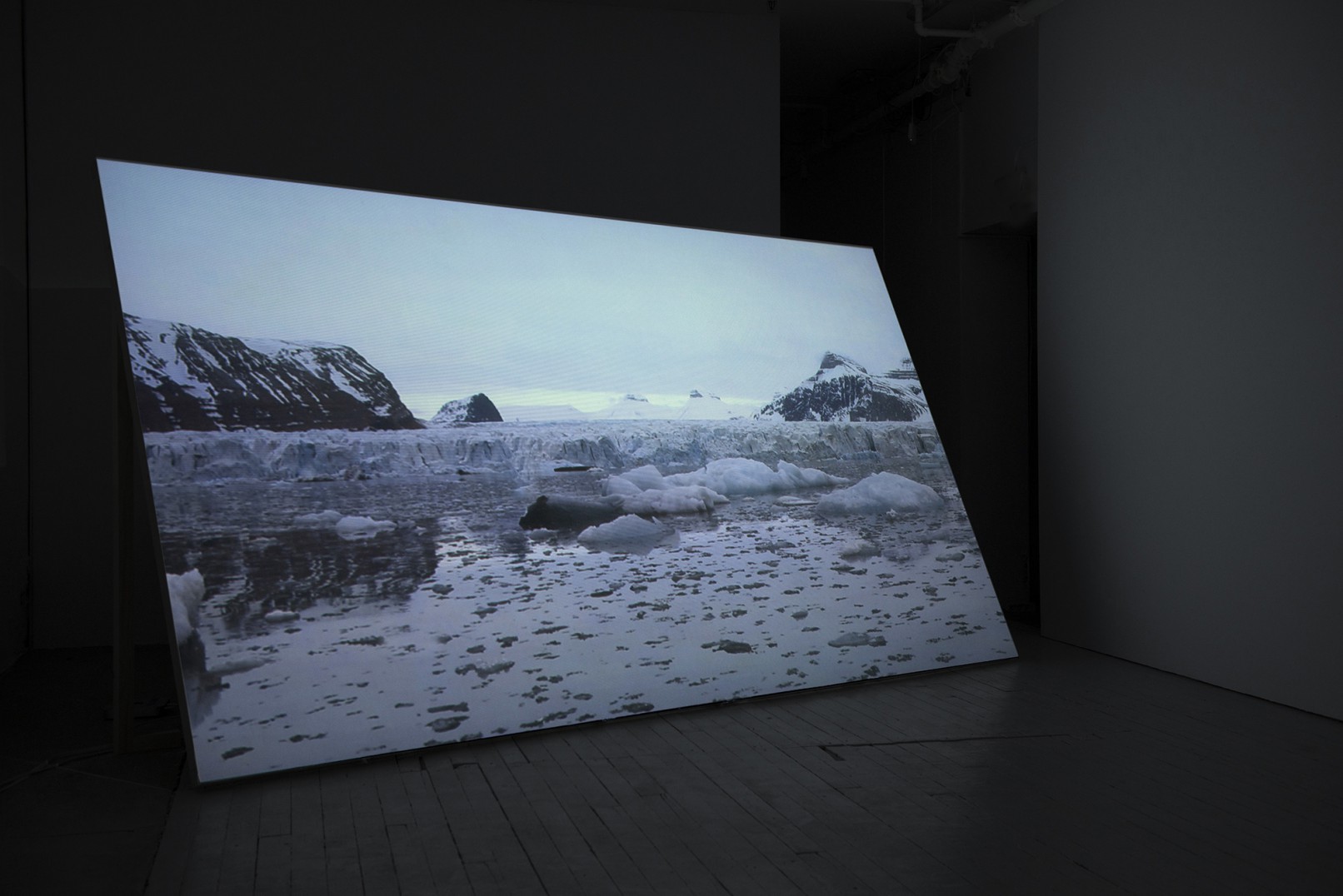