Oslo, May 1st, 2016 – One year experiment was arranged to prove Joseph Beuys’ words in which a kindergarten teacher without prior art education or skills became a successful artist.

“Every man is an artist.” — Joseph Beuys

Most people are believed to not be talented enough to make a song, movie or a picture. The randomly selected test person didn’t have any prior drawing or painting skills. A first picture that appeared on this persons Facebook Timeline was chosen as a topic for the paintings. It was a photo of a chicken. The person received basic instructions about tools, material and procedure. The person was provided with regular tutorials, correcting the persons work and seeking to inspire the person. The identity of the artist is being kept in secret to assure that only the quality of the work speaks to audience.

Over the period of one year more than 100 paintings and drawings were produced. The artist developed style and self-confidence. Composition, usage of colors, and style can be discussed, but one thing cannot be denied:The chickens have souls. They are alive and they talk to audience. Some might like them, some not, but they keep speaking. This is the essence of art!

And one more thing: The person has already sold the first painting! Joseph Beuys was right!

About artist:
Randomly selected person without prior art education. 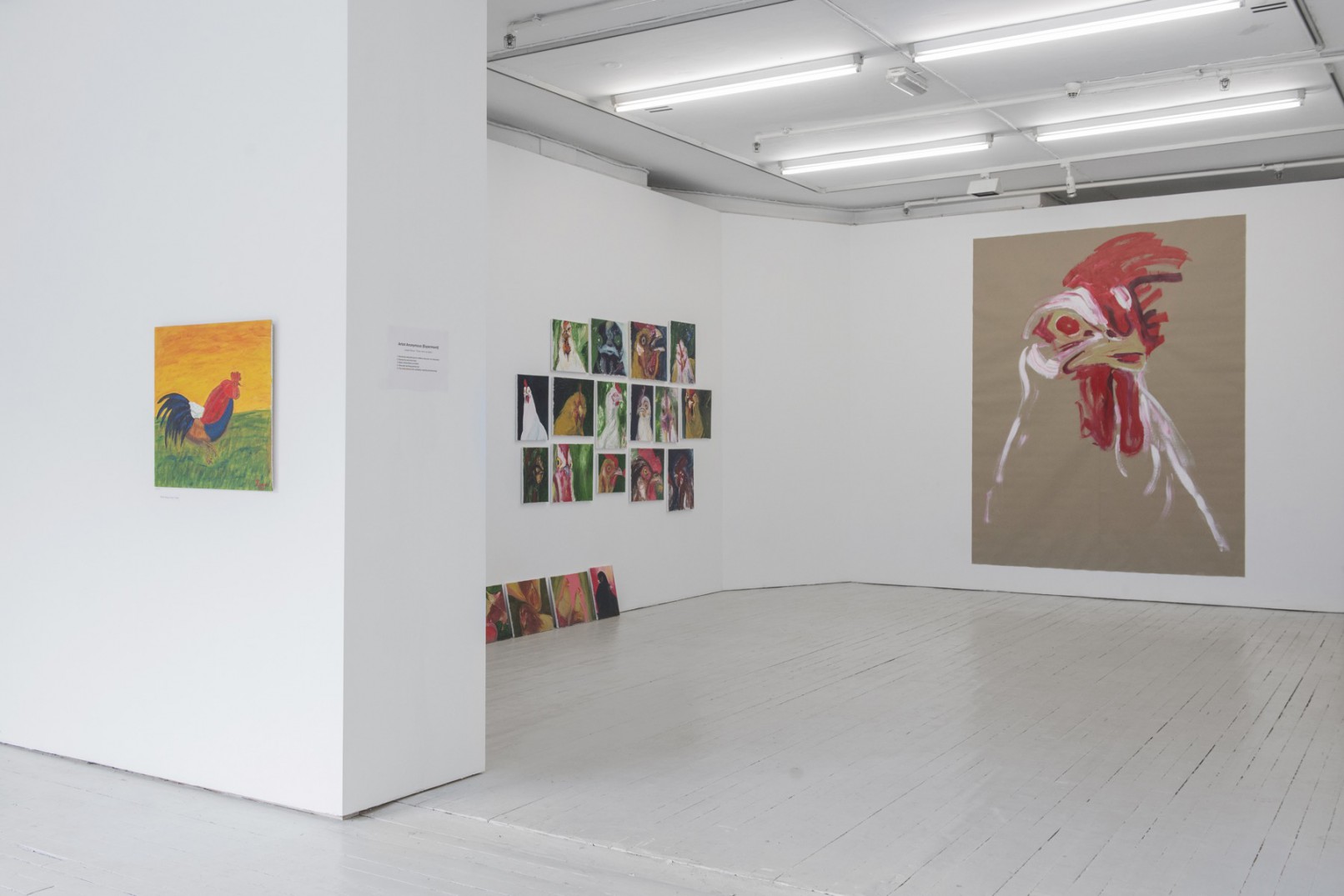 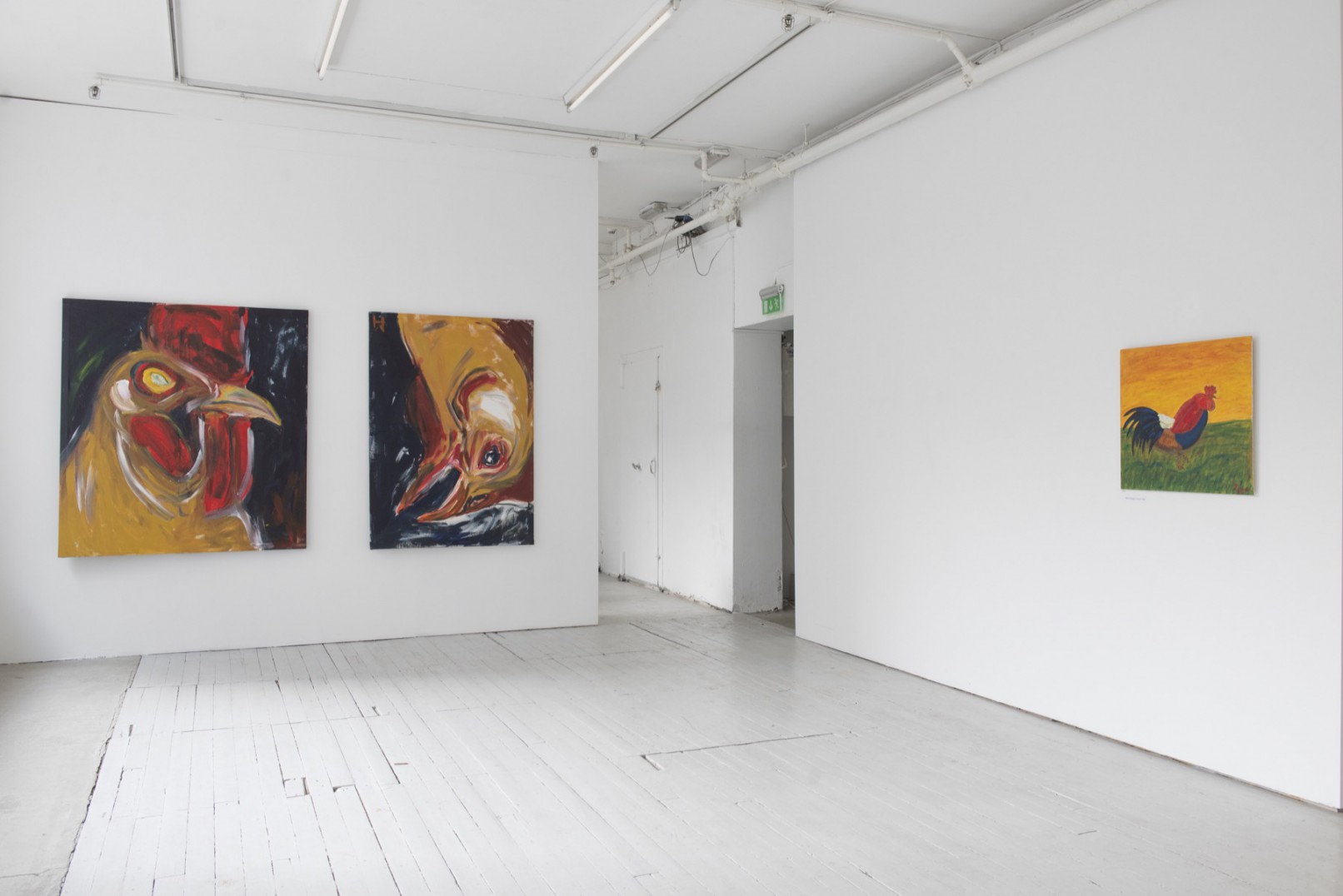 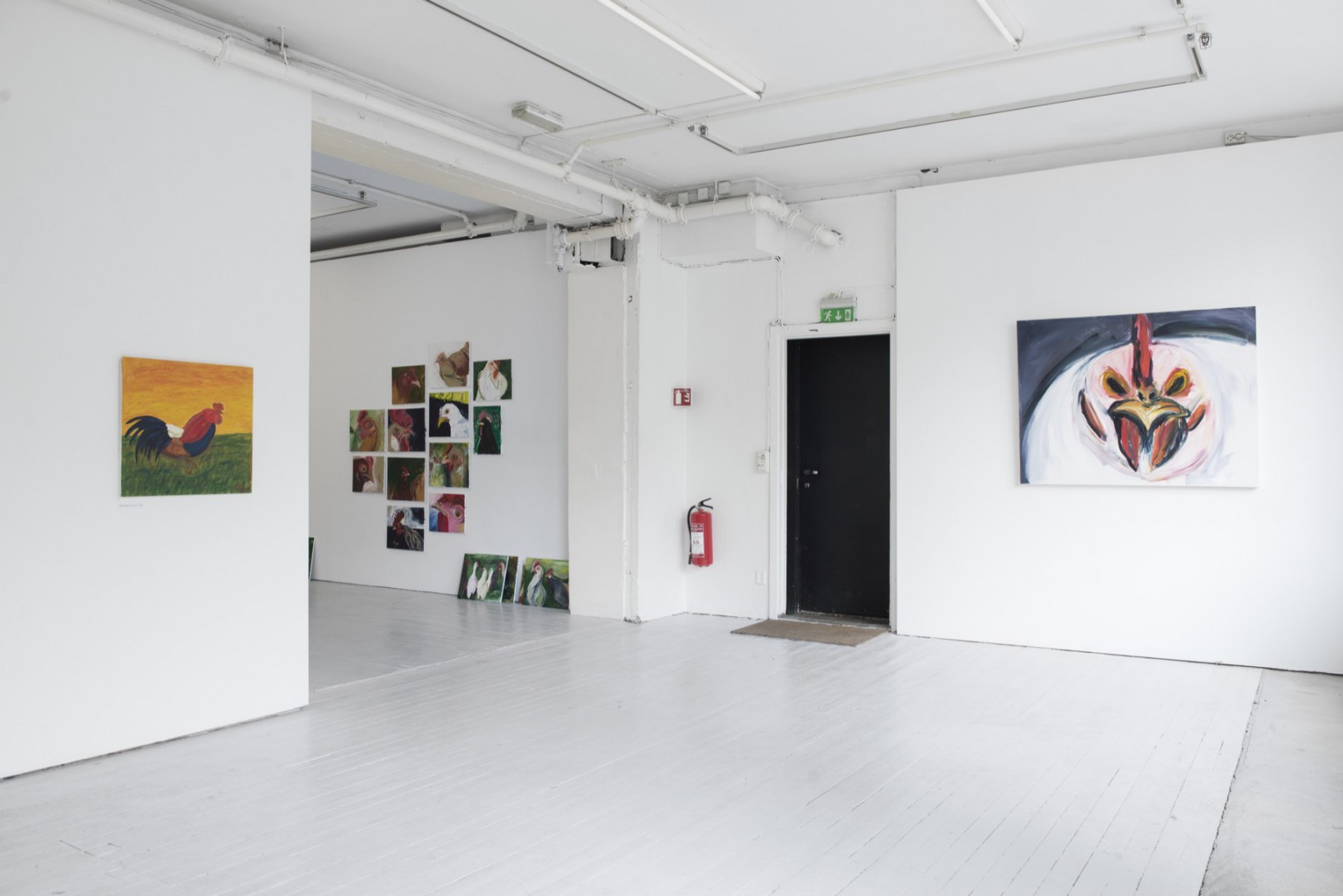 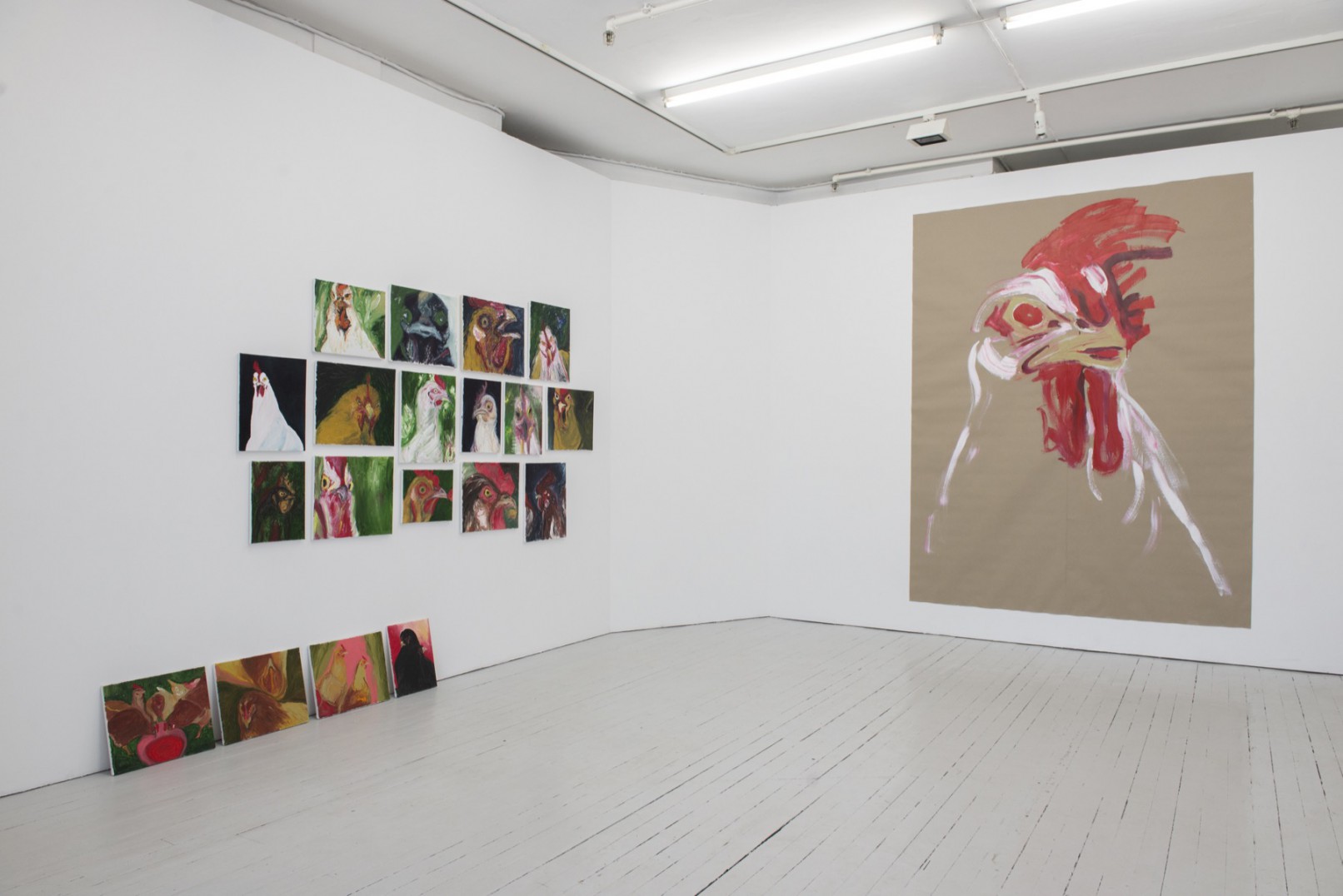 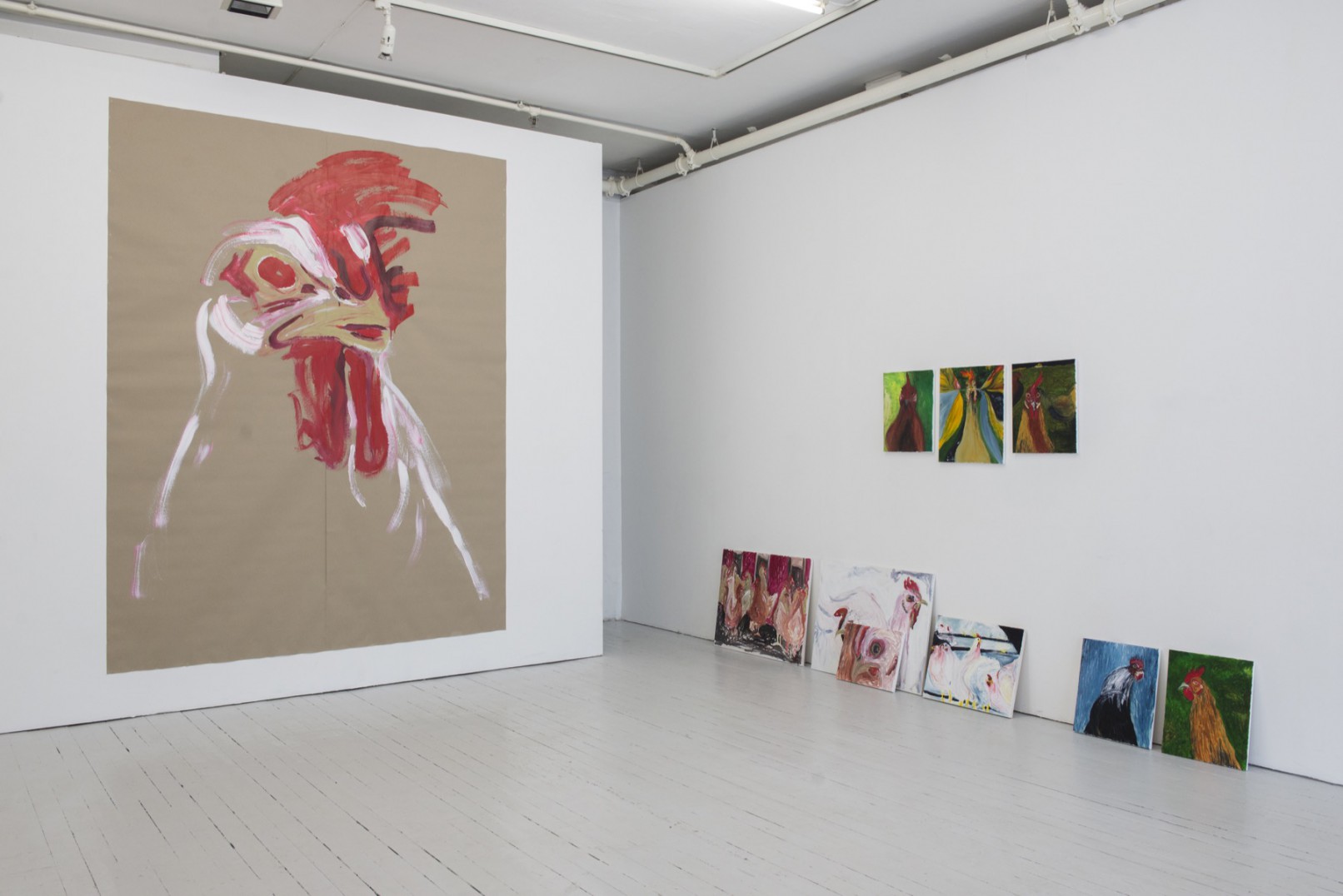 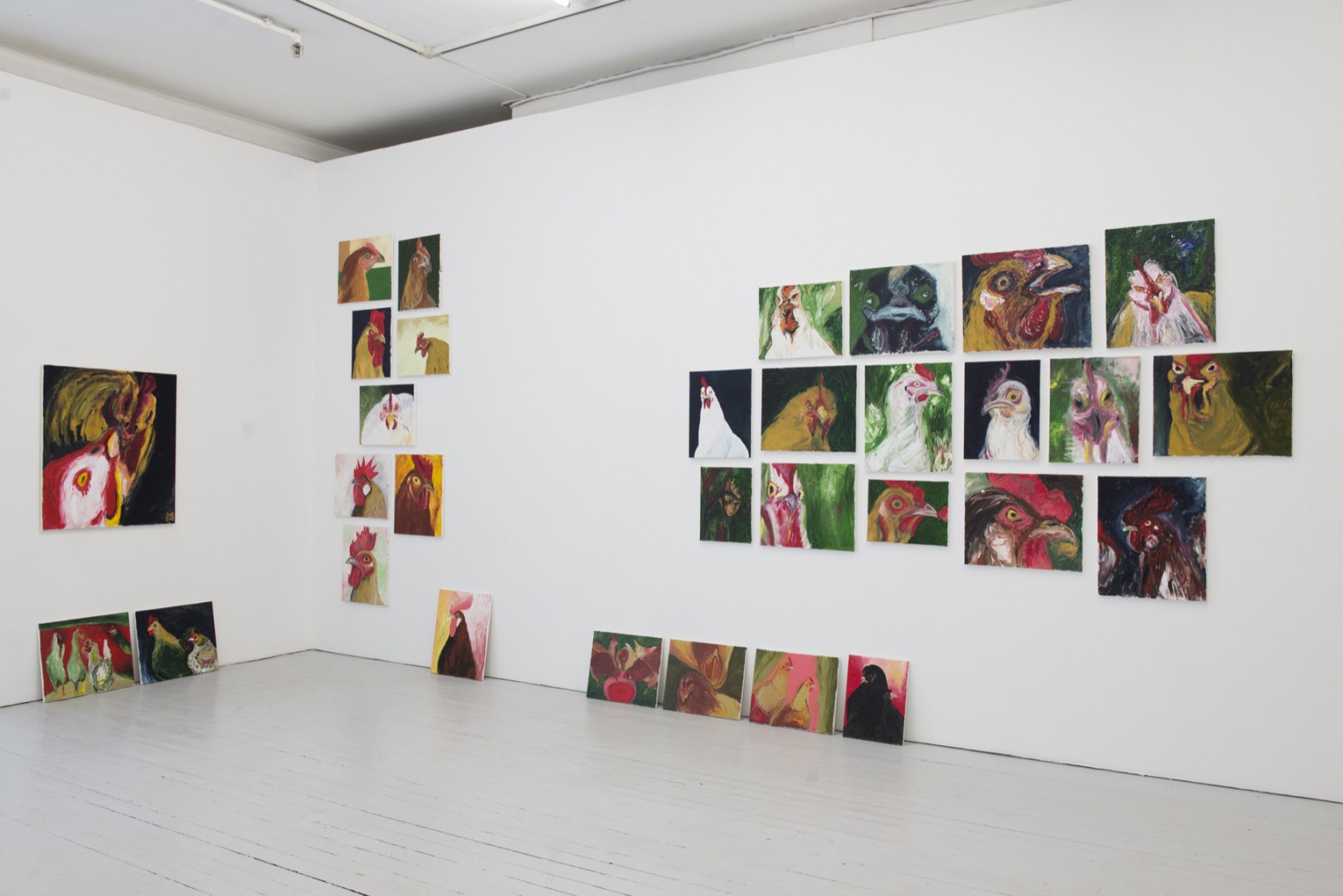 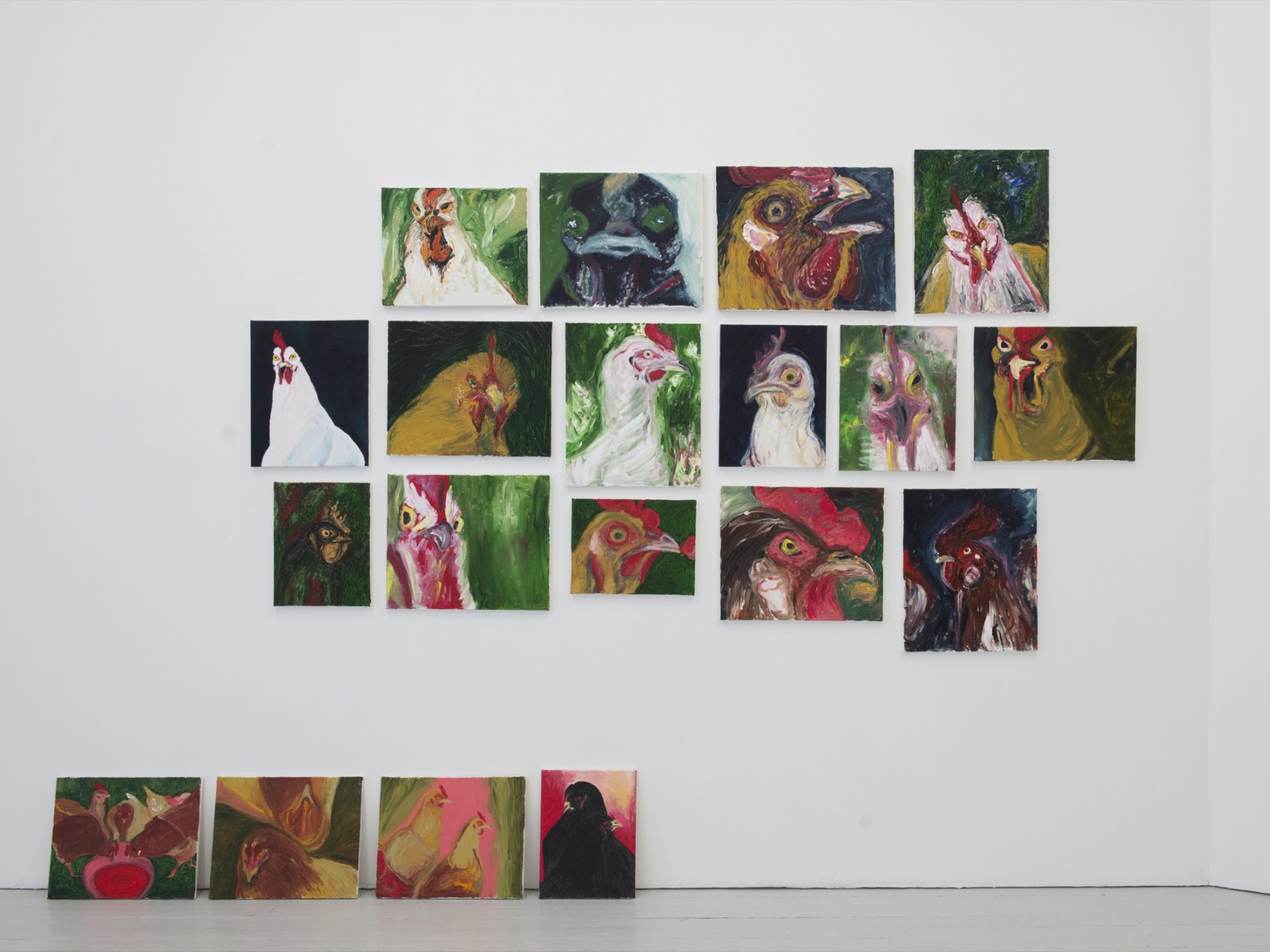 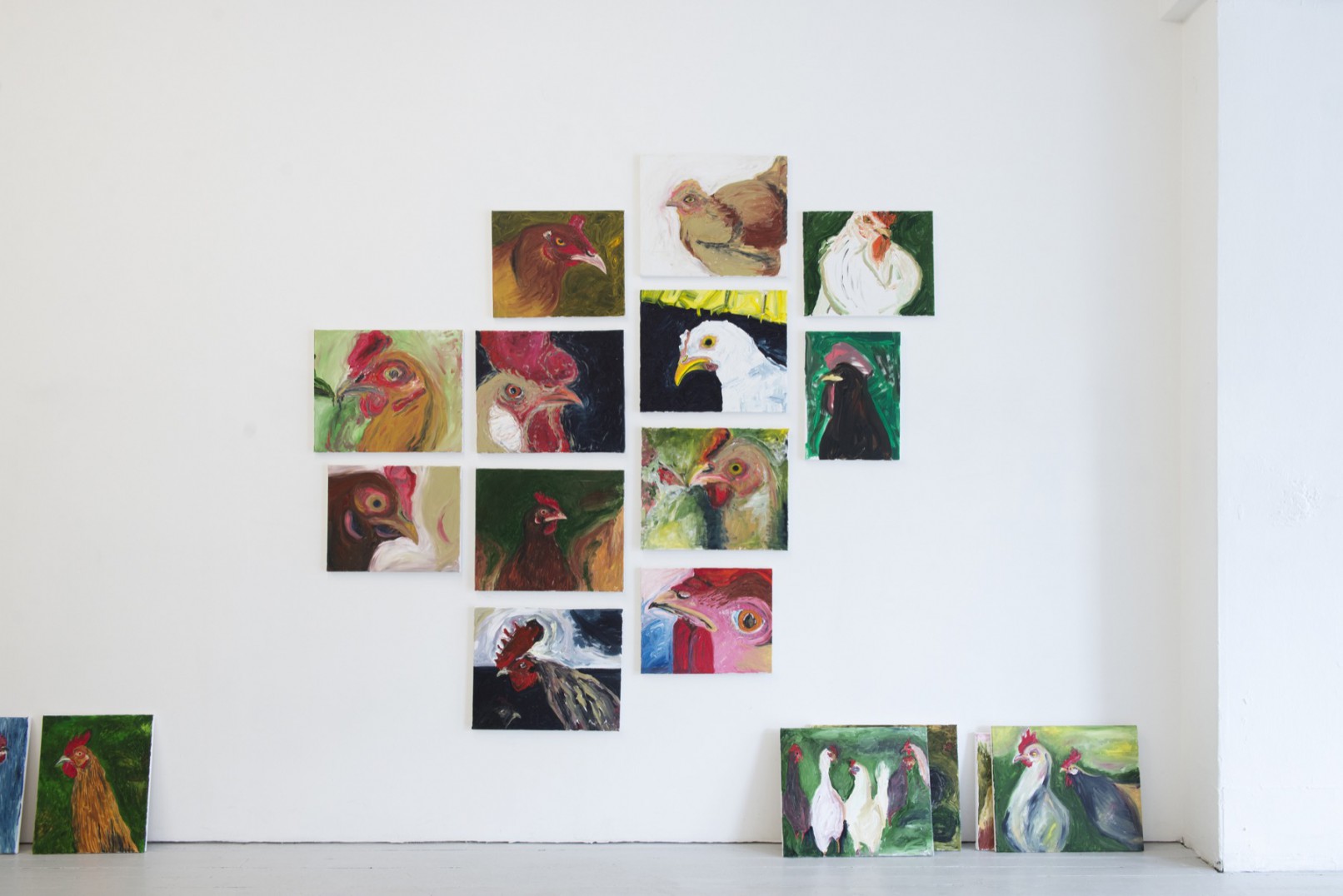 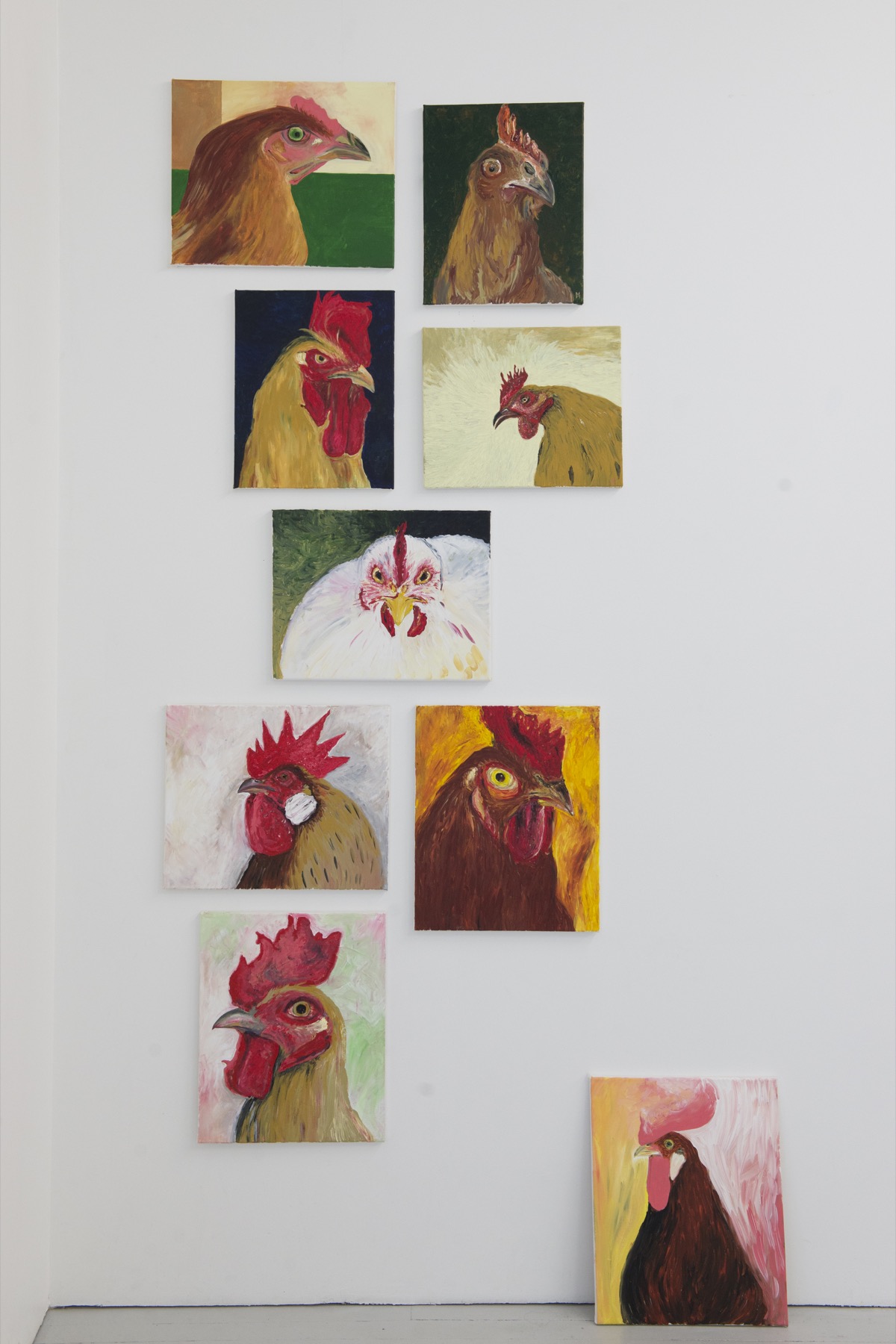 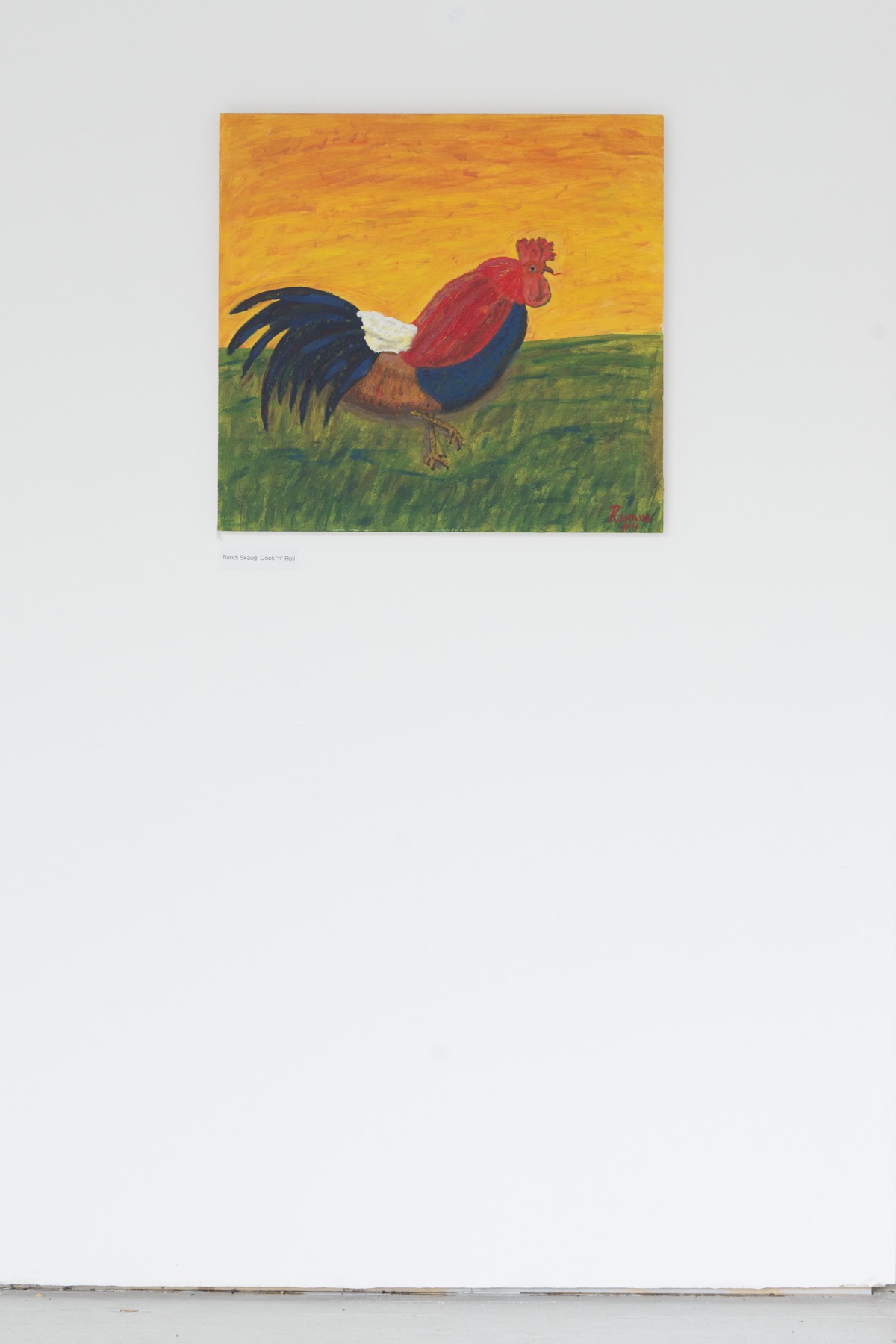 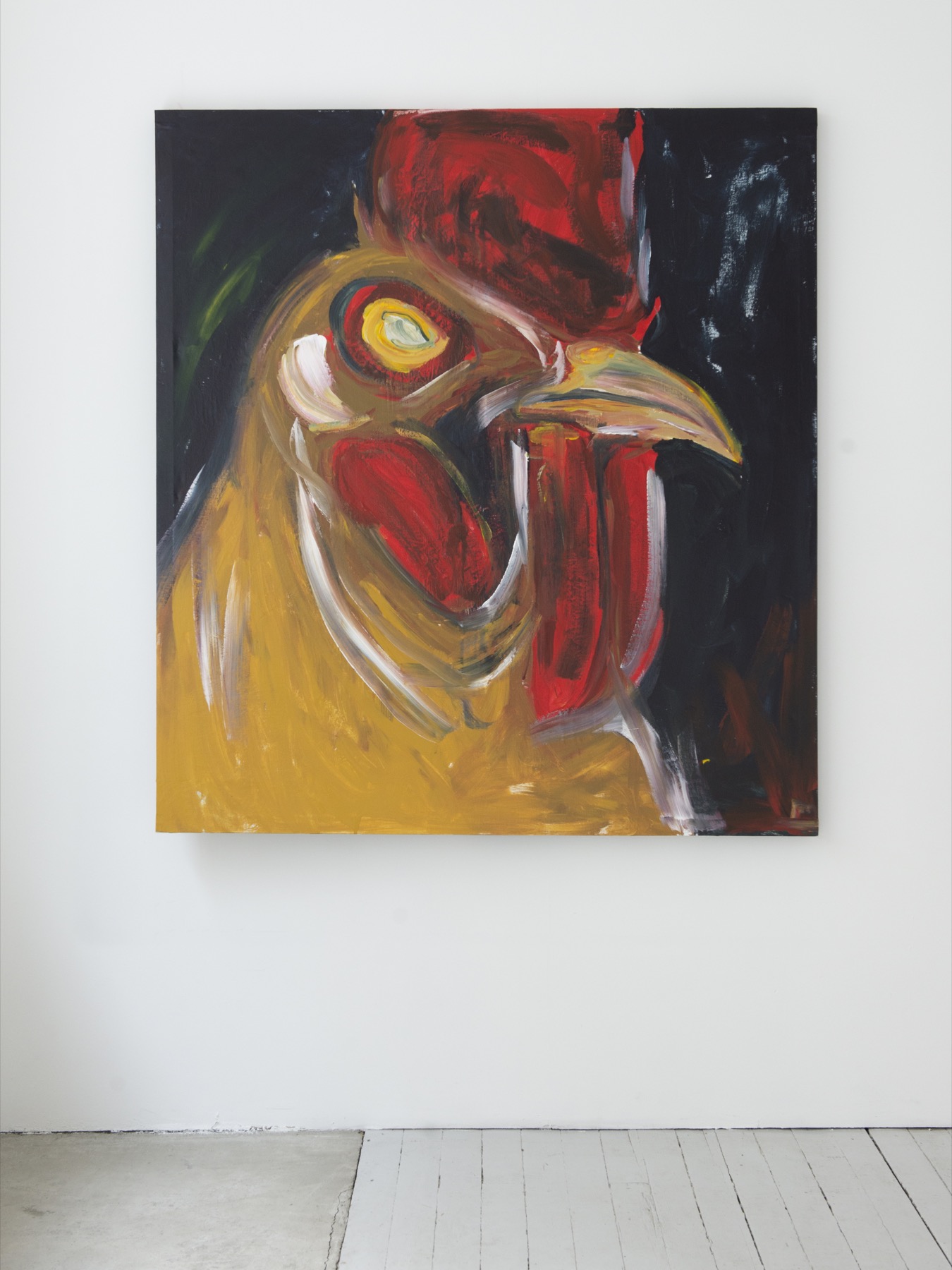 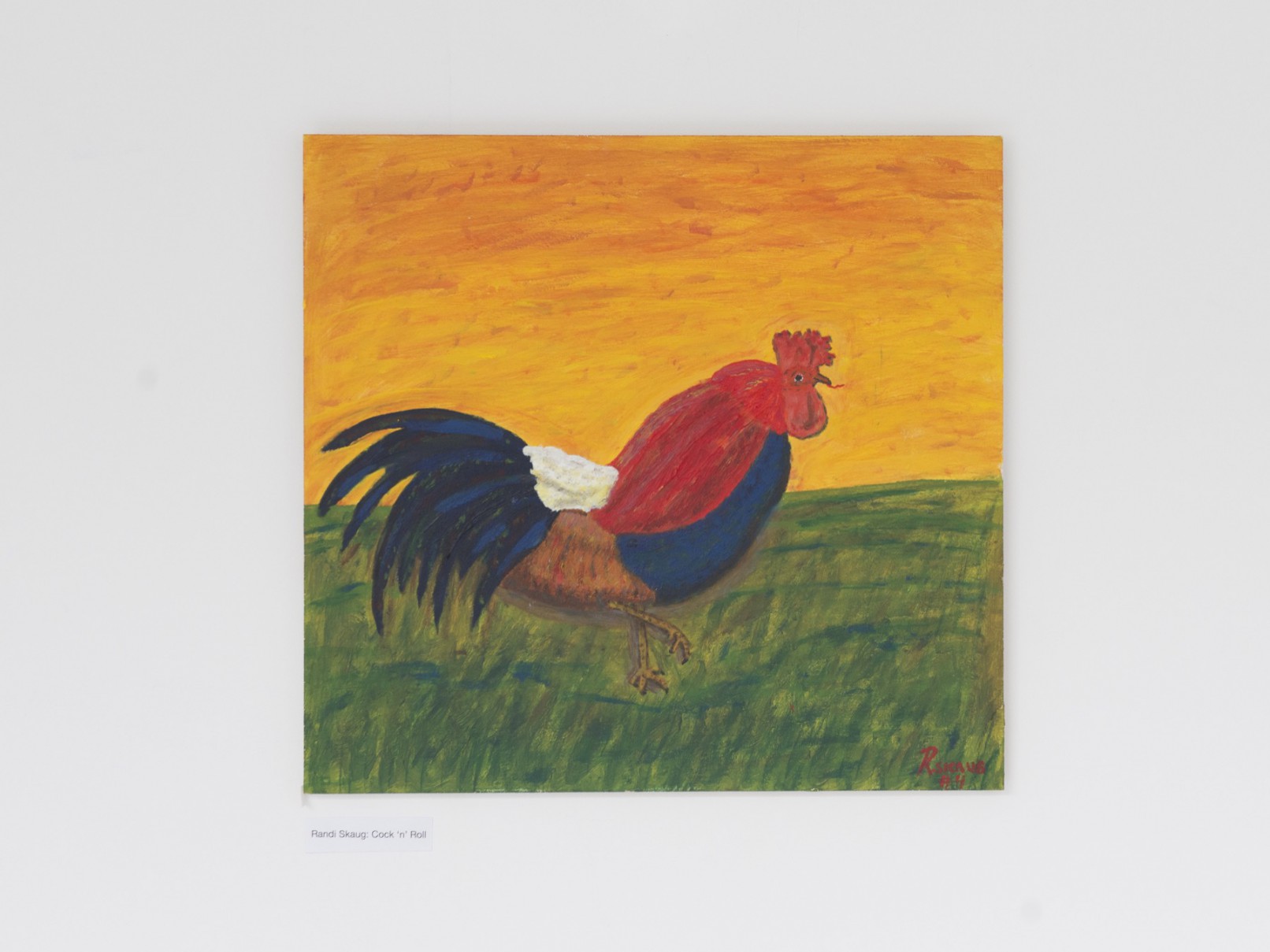 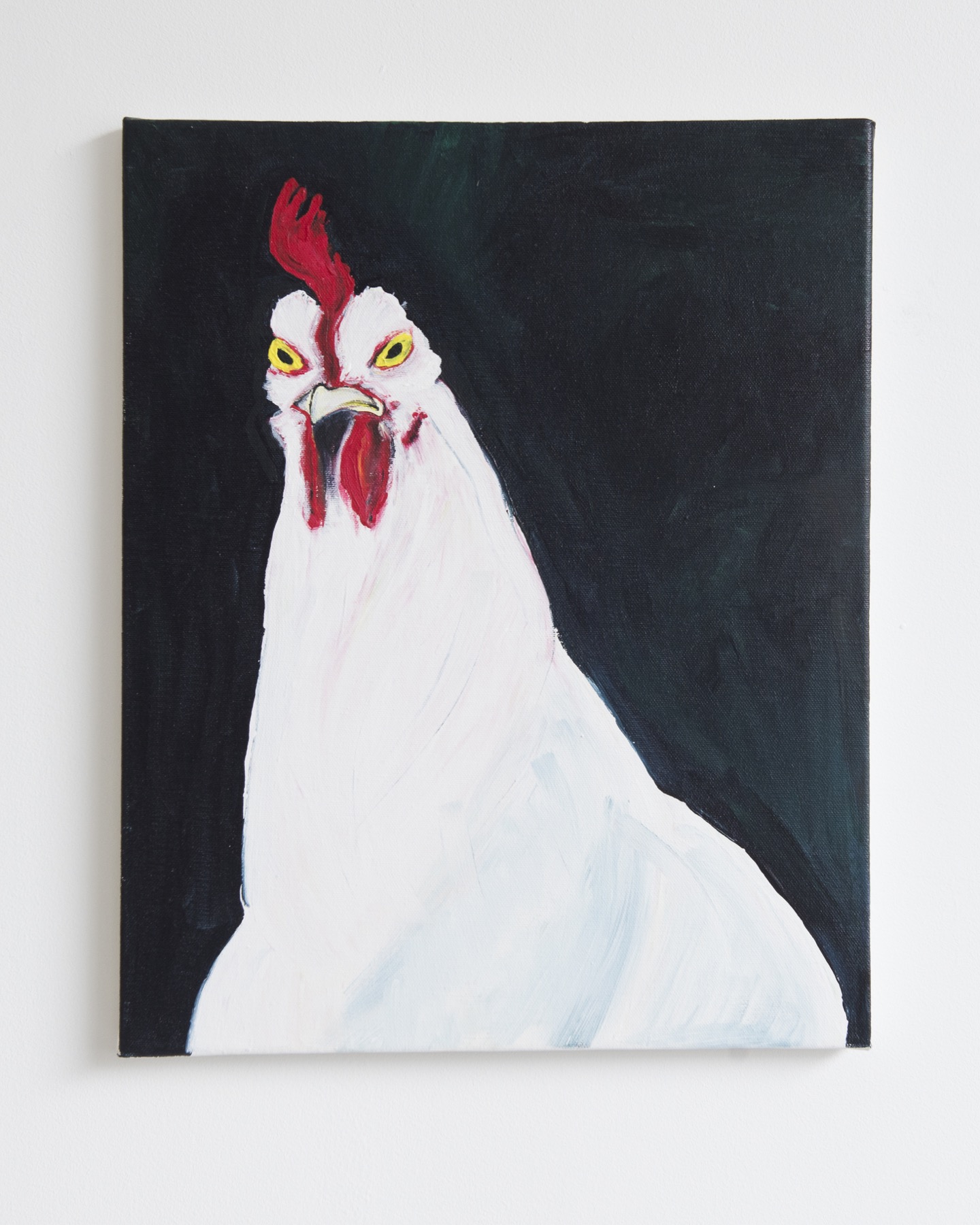 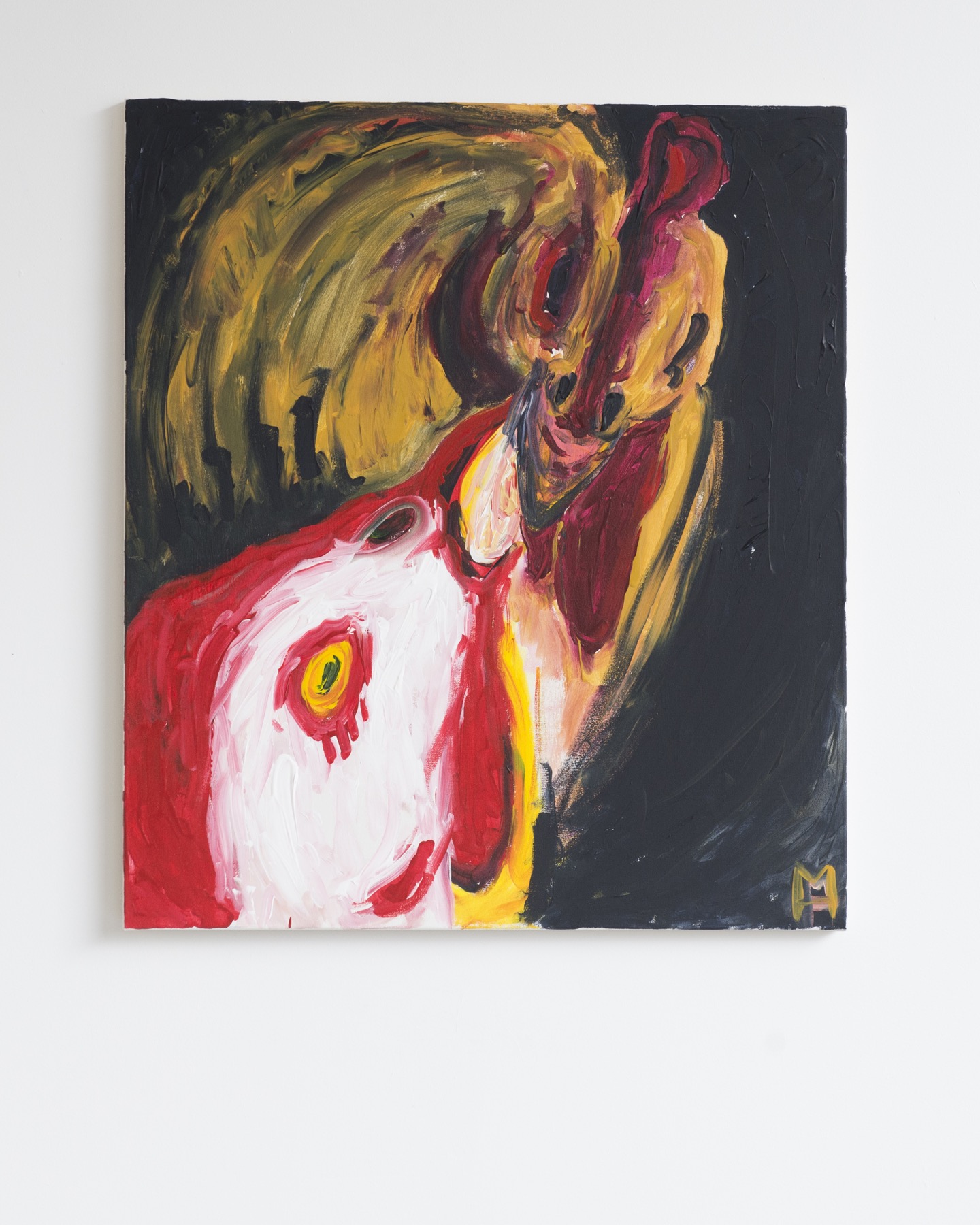